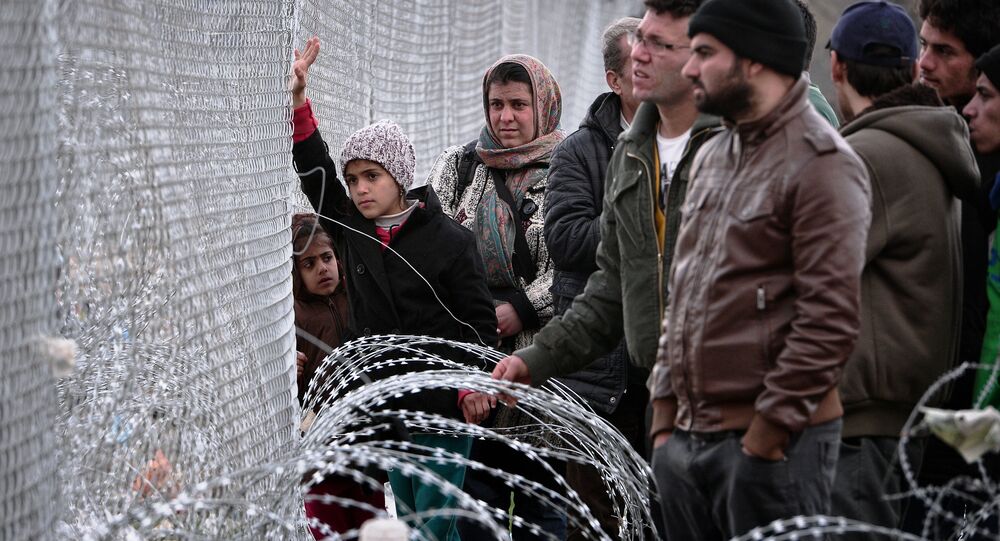 'Uncontrolled' Migrant Influx via Balkan Route 'Must Be History'

"My position is clear: the Balkan Route will be closed permanently… the uncontrolled mass influx via this route must be history," Mikl-Leitner told reporters.

Hoping order will be restored in light of the refugee chaos enveloping Europe's borders, Mikl-Leitner says permanently closing the Western Balkan route to all refugees and migrants will send a strong signal that they must give up all hope of ever reaching northern Europe.

"If [there is] further false hope, then thousands of people will continue to make their way — in the expectation to continue on to the most economically attractive country," Mikl-Leitner said.

Austria has already imposed a limit on asylum seekers allowed to cross its border. Macedonia, Slovenia, Croatia, Bulgaria and Hungary have barred access to migrants hoping to travel through the country, Serbia is set to follow suit, effectively closing down the Western Balkan route and shutting down Europe to refugees.

But the hard-line position taken by the Austrian Interior Minister has not impressed German Chancellor Angela Merkel who refuted speculation that Germany was secretly pleased that borders had been closed.

"I'm not grateful Austria… I was not happy that unilateral decisions have been taken," she told German broadcaster, Südwestrundfunk.

Angela Merkel is under pressure to reach a solution to the crisis that many blame her for causing following her "open door" policy for refugees.

But it is clear central and Eastern European countries and member states want fences, not quotas and are still refusing to share the burden of resettling refugees.

Should not lose sight that migration is a global challenge and requires a global strategy. https://t.co/KPIIcl4EZ6 pic.twitter.com/NbD5lGFdrx

Meanwhile, thousands of refugees and migrants remain stuck on Greece's border with Macedonia; their hopes dashed that they will be able to continue their journey through the Western Balkan route further into Europe.