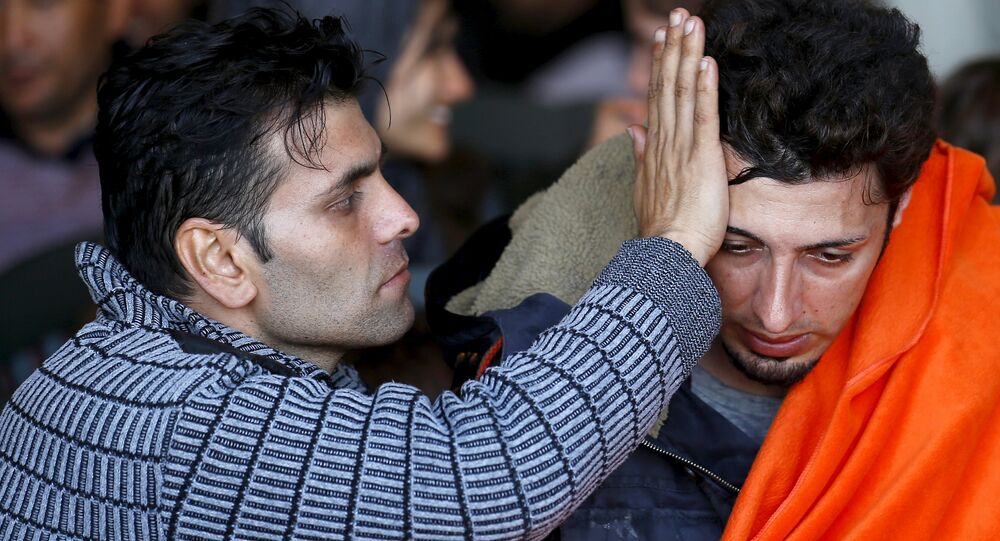 Turkey failed to control people smugglers, which makes the payment of additional funding unnecessary, as well as speeding up the payment of 3 billion euros ($3.3 billion) promised in November, according to a Greek member of the European Parliament.

© Fotobank.ru/Getty Images / Sean Gallup
EU, Turkey Agree on Plan With Ankara Taking Back All Illegal Migrants
MOSCOW (Sputnik) — Turkey has been violating its existing deal with Greece on readmission of irregular migrants, a Greek member of the European Parliament told Sputnik on Tuesday, after Ankara struck a similar agreement with the European Union.

On Monday, the Turkey-EU summit on migration took place in Brussels. Turkey pledged to take back all undocumented migrants that had arrived to the European Union and send in their place legal Syrian refugees to the bloc on one-for-one basis in exchange for the acceleration of visa liberalization negotiations and EU accession talks.

"There is already a bilateral agreement between Greece and Turkey providing for the readmission of irregular migrants, but Turkey is violating it continuously, practically refusing almost any readmission. We shall see if things can be different now that the Turkish promises will be given to EU as a whole," Kostas Chrysogonos said.

© AFP 2021 / ARIS MESSINIS
Turkey Wants EU Visa-Free Regime in Exchange for Tackling Migrants - Source
According to Chrysogonos, Turkey failed to control people smugglers, which makes the payment of additional funding unnecessary, as well as speeding up the payment of 3 billion euros ($3.3 billion) promised in November.

A final agreement between the EU and Turkey is expected by the next summit on March 17-18.