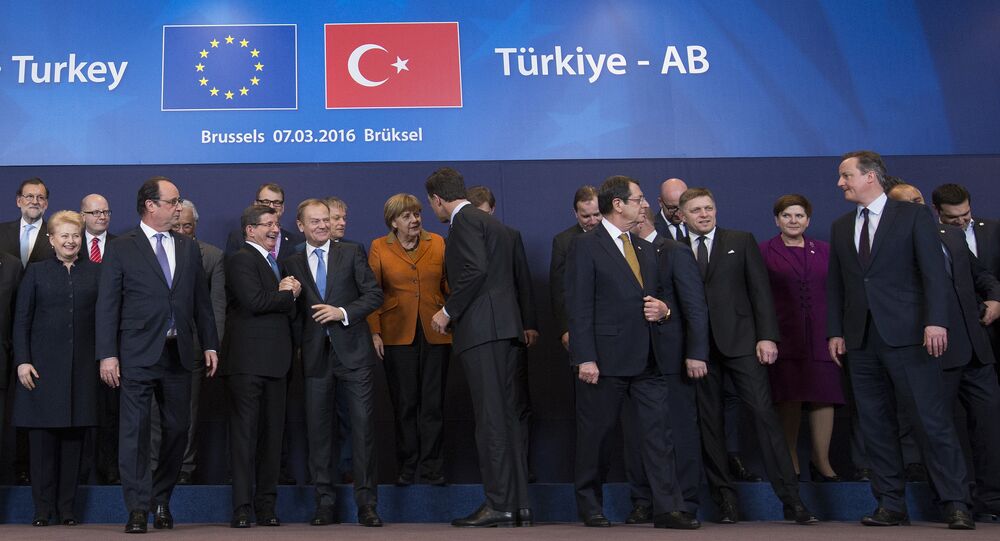 According to EU diplomatic source, Greece and Cyprus expressed concern with Ankara's demand to accelerate the negotiations on accession to the European Union.

"Greece and Cyprus expressed concern with Turkish demand to open new chapters of the negotiation dossier on the country's accession to the EU," the source said.

Turkey pledged to take back all illegal migrants that had arrived to the European Union and send in their place legal Syrian refugees to the bloc on one-for-one basis in exchange for the acceleration of visa liberalization negotiations and EU accession talks.

Reaching agreement on the reunification of Cyprus, separated into a Greek south and Turkish north, is one of the conditions to accelerate the talks.