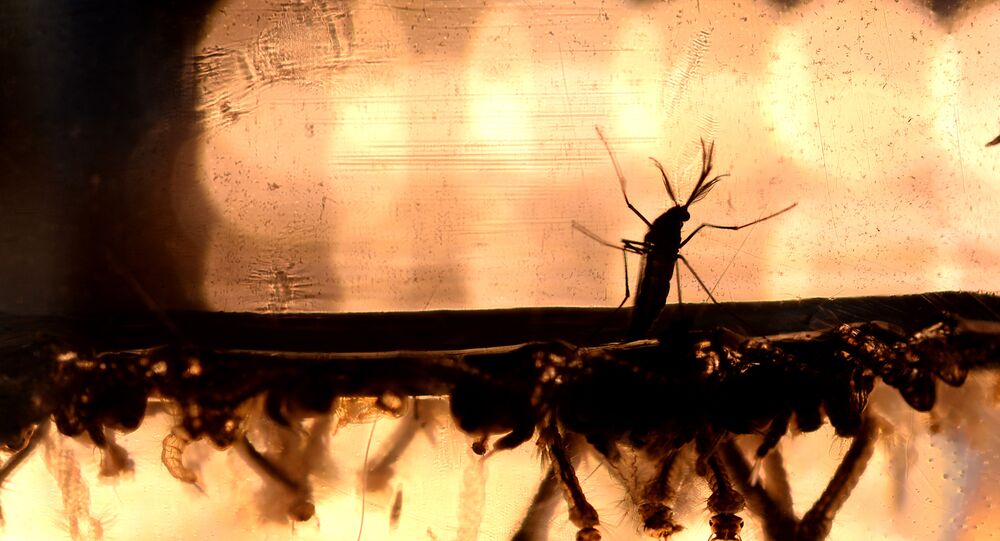 Slovak medical authorities have confirmed that a patient hospitalized last week on suspicion of being infected with Zika has been diagnosed the virus, the country’s Health Minister Viliam Cislak said on Wednesday.

PRAGUE (Sputnik) – According to Cislak, the woman was admitted to a hospital in the western city of Presov on Thursday after returning from a trip to South America. The patient reportedly presented with flu-like symptoms.

"Her blood tests have proved the presence of the Zika virus," the health minister said, as quoted by the Aktuality news portal.

The tests were studied in a special virology laboratory in Hamburg, according to the portal.

© AP Photo / James Gathany/CDC
Nuclear Mosquitoes to Fight Zika Virus in Brazil
The patient has already left the hospital with medical advice not to become pregnant, the media reported.

The mosquito-borne virus is suspected of having strong links to microcephaly — severe brain damage among newborns characterized by abnormally small heads and underdeveloped brains.

The current Zika outbreak originated in Brazil in the spring of 2015 before spreading across Latin America and gaining widespread media attention as confirmations of the first cases emerged in Europe and the United States in recent months.

At present, there is no available vaccine against the Zika virus.