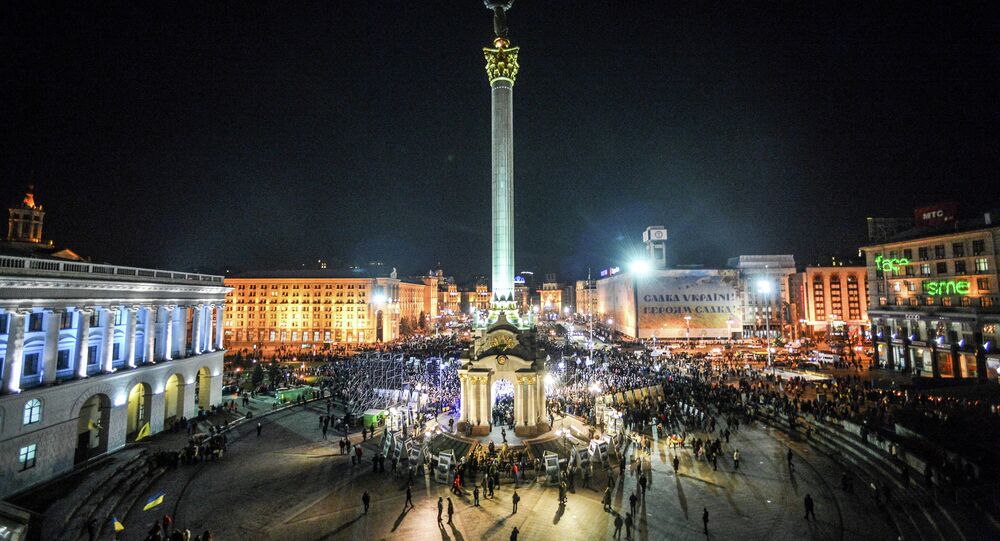 According to Ukraine's third president Viktor Yushchenko, the Maidan coup was unable to transform into a full-fledged political movement and failed to dismantle the old corrupted system. The current political crisis may spark a new revolution, he added.

"I can feel the smell of burning tires. And believe me this is going to be a true third Maidan [revolution], not an imitation like several days ago in Kiev," Yushchenko said.

At the same time, the politician called for Ukrainians to support the upcoming protests.

"If ideals of the Orange Revolution and the Euro-Maidan had turned into a real political movement Ukraine would have made significant progress. As for now, activists who came to power have been swallowed by the old corrupted political system," he pointed out.

He added that currently Ukraine is in the stage of "half-disintegration." The politician admitted that the "post-Maidan government has failed to make any progress."

© AFP 2021 / GENYA SAVILOV / FILE
Aloof and Hopeless: Ukrainian Political Elites Bicker on as Maidan 3 Looms
According to Yushchenko, the West is not providing enough support for Kiev.

"Ukraine has been asking for NATO membership. But the answer is 'it is not time yet.' This is ridiculous. I’m very disappointed with signals coming from the US and Europe," he concluded.

Viktor Yushchenko came to power after the Orange Revolution in 2005. He was in office until 2010 when he was succeeded by Viktor Yanukovych.

On February 20, clashes took place between members of the nationalist movement Right Sector and National Guard troops on Independence Square in Kiev.

Servicemen blocked the way for nationalists who were going to set up tents for protesters. Participants of the protest were calling for the release of political prisoners and "legal ouster of president and the government."

© AP Photo / Matthias Schrader
Corruption in Ukraine: Kiev Must Pay Its Own 'Tab' as West 'Won’t Serve It Anymore'
On February 19, Ukraine’s first president Leonid Kravchuk said the ongoing political crisis in the country "may end with something very, very bad."

Political turmoil in Ukraine, including a disintegrating government and crisis in Donbass, was predictable, Jan Schneider, a former agent of the Czech intelligence service BIS, told Parlamentní Listy.

According to him, people in Ukraine are running out of patience and the crisis may prompt them for a new revolution.

"When Ukrainians realize they don’t own their country any longer they will forget about Crimea. They have a lot of domestic problems to solve," he said.