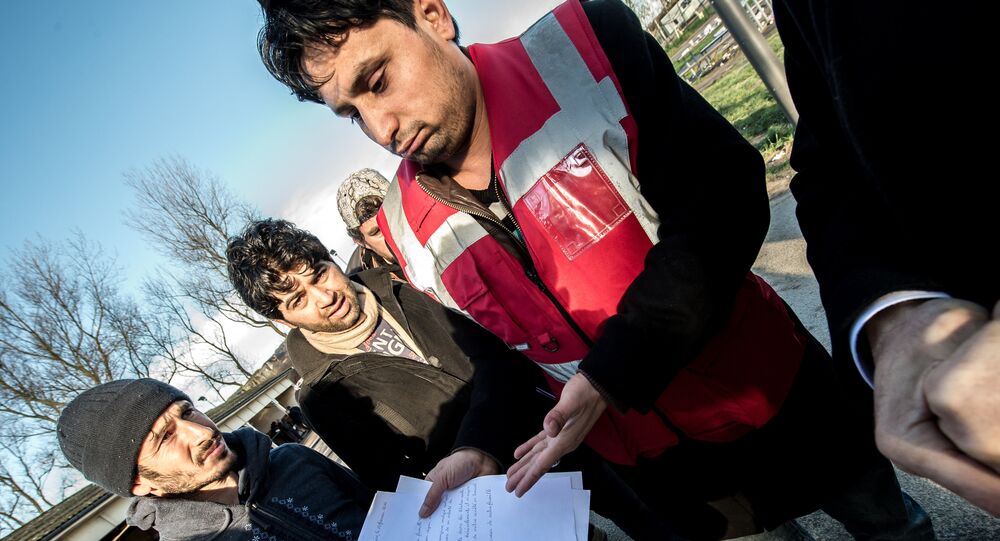 UN Refugee Agency (UNHCR) spokeswoman Melissa Fleming said that the majority of refugees come to Europe from Syria, Iraq and Afghanistan, the areas heavily affected by internal conflicts, as well as extremist groups.

"It is not the question of reducing flows, it is the question of managing the situation, when people arrive at the shores of Europe. That is where Europe has failed," Fleming said.

The majority of refugees come to Europe from Syria, Iraq and Afghanistan, the areas heavily affected by internal conflicts, as well as extremist groups, she stressed.

"It is not the refugees that are the problem — the problem is the bombs that are falling on their houses," the UNHCR spokeswoman said.

© AP Photo / Markus Schreiber
Germany Expects 3.6 Million Refugees to Arrive by 2020 – Economy Ministry
The European Union is currently struggling to manage a massive refugee crisis, with hundreds of thousands of people leaving conflict-torn countries in the Middle East and North Africa for Europe.

Earlier this week, a number of EU states, particularly those from the Western Balkans, adopted a number of refugee managing policies, including military deployment on the state borders, or introducing a quota on migrant intake.

Number of Syrian Refugees in World Estimated at 4.6 Million