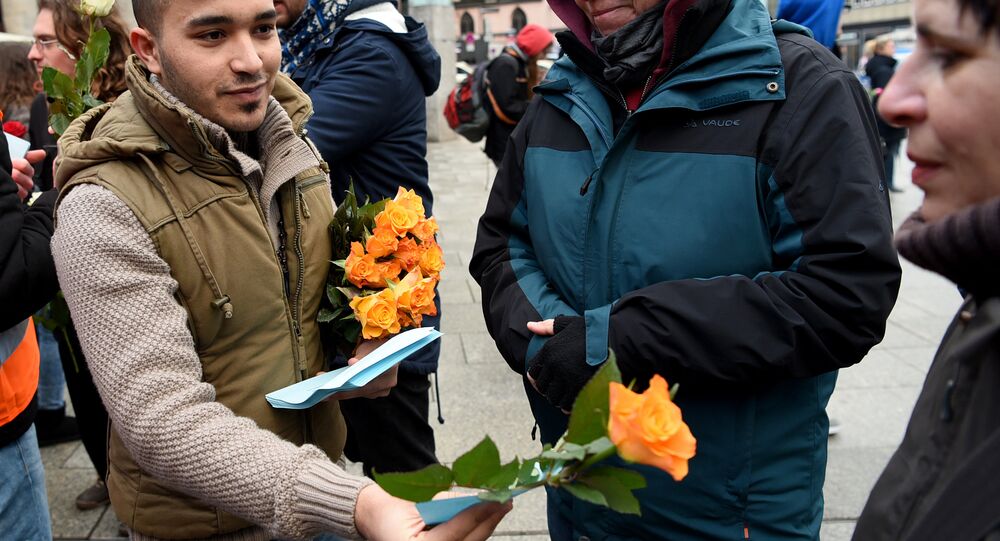 West Shows 'Lack of Will' to Solve Refugee Crisis They Created

Political analyst and journalist Hafsa Kara Mustapha told Radio Sputnik’s Brian Becker that the reason Europe is divided amidst the ongoing refugee crisis is the unwillingness of the wealthier western nations to deal with the consequences of their actions.

In the first two months of 2016 over 110,000 refugees have arrived in Europe. On Wednesday, EU member-country leaders gathered in Vienna to craft a joint solution to what is being called the greatest humanitarian catastrophe of our time, while refusing to invite Greece and Germany.

Mustapha told Radio Sputnik's Loud & Clear that it is ridiculous that the two countries bearing the largest burden of the refugee crisis are being excluded.

Athens is currently confronted by neighboring countries that want it to stop migrants from proceeding further west through Greece. But detaining migrants is "borderline impossible" for the country, already in an economic crisis and recovering from the consequences of EU-imposed austerity, Mustapha said. She presumed there will be little assistance from the EU.

"There seems to be a lack of will to handle this issue," she said. "Greater western nations very easily trigger wars…They are happy to start the conflicts, but they are much less happy or willing to deal with the consequences."

The wave of undocumented immigration into Europe has become so difficult to handle that smaller countries must tackle the crisis without proper support from the wealthier nations that funded and played an active role in destabilizing the asylum seekers' origin countries.

"[Angela Merkel] managed to get good PR by coming across as the humane leader of Europe," Mustapha suggests. "But by doing that she also put the smaller countries in a very difficult position, because…all these refugees fleeing war have to cross these smaller nations with all that it implies before reaching Germany."

© AP Photo / Hermann J. Knippertz
More Germans Believe Gov't Should Stop Refugee Influx After Cologne Attacks
Exacerbating the problem is the rise of Islamophobia and extreme racism, Mustapha noted. There was a certain phase in the crisis where people across the world were ready to extend a hand to the Syrian people. That mood of empathy was particularly triggered by a drowned Syrian infant washing up on a Turkish beach.

Merkel decided it was a chance to make up for Germany's past and opened the country's doors to asylum seekers. But the sentiment in the region has changed dramatically in just a few months. According to Mustapha, the change is due to a "tendency in white western Europe to…constantly demonize a particular ethnic group." The media consistently contributes to this, she said, citing the coverage by the news outlets of the attacks on women in Cologne on New Year's Eve.

"What happened in Cologne was that in the town's square, where people gathered to party, some known thugs that operate around the Cologne train station decided to make the most of the party mood by going on a pick-pocketing rampage. And that technique was to…grope women, distract them and take their handbags," Mustapha explained. "The headlines a couple of days later were incredibly alarming, saying ‘Thousands of German women sexually abused by Arab and north-African men, most probably refugees.'"

According to Mustapha, refugees are being unjustly accused of the worst crimes and presented as rapists, thieves and assaulters set to invade Europe, while in fact most are innocent people fleeing war. As a result, actual criminal behavior — bankers who ruin an economy by investing in weaponry, politicians waging unnecessary wars causing refugee crises — remains unacknowledged.