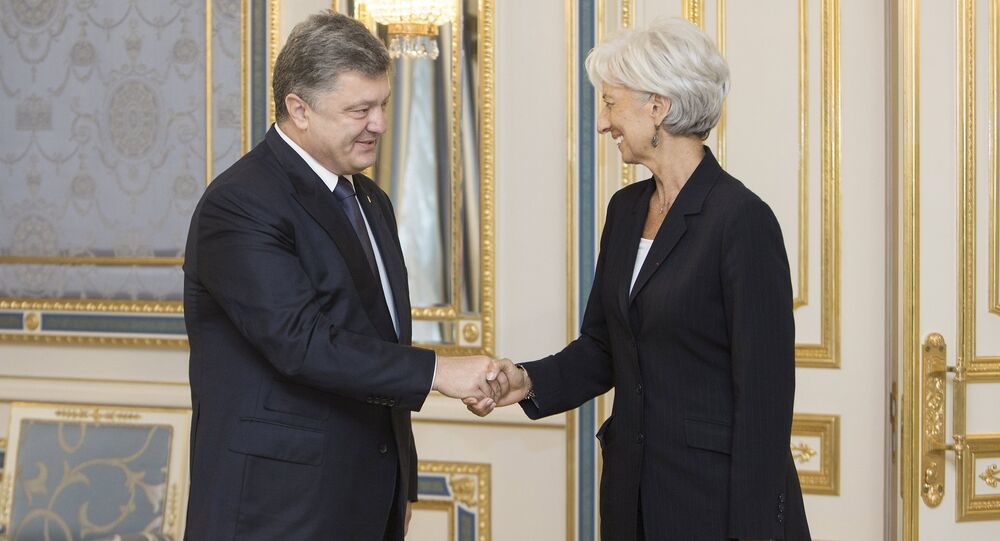 On Tuesday, the Verkhovna Rada failed to pass a vote of no-confidence in the government, which would lead to the resignation of the Cabinet led by Prime Minister Arseny Yatsenyuk.

© AP Photo / Efrem Lukatsky
Ukrainian Parliament Fails to Pass Vote of No-Confidence in Yatsenyuk's Cabinet
After the voting, "Batkivshchyna" and "Self Help" political parties left the coalition. The move actually means the dissolution of the coalition with the president having the right to dissolve the parliament and call early elections if the deputies are not able to create a new coalition within 30 days.

The possible election of a new coalition in Ukraine may lead to the freezing of financial aid from the West, which would have a major impact on the situation in the country, Austrian columnist Jutta Sommerbauer wrote for Die Presse.

"Ukraine seems to have the choice between plague and cholera. Hard to say what is more destructive: the current profiteering of political staff which has long lost its prestige, or the new elections, which would paralyze the country for months and freeze financial aid?" the newspaper wrote.

The failure of the Ukrainian parliament to pass a vote of no-confidence in the government led to the parliamentary crisis in Ukraine. The resolution providing for the resignation of Ukrainian Prime Minister Arseny Yatsenyuk and his Cabinet was supported by only 194 lawmakers with the required minimum of 226 votes in favor.

According to Moritz Junginger, representative of Konrad Adenauer Foundation in Kiev, the government must now "regain the confidence of its own people and the Western supporters". The appointments of future ministers will show how much willingness there is to actually carry out necessary reforms, Die Presse wrote.

The Price of War: Drone Footage of Ukraine's Deadliest Battlefield