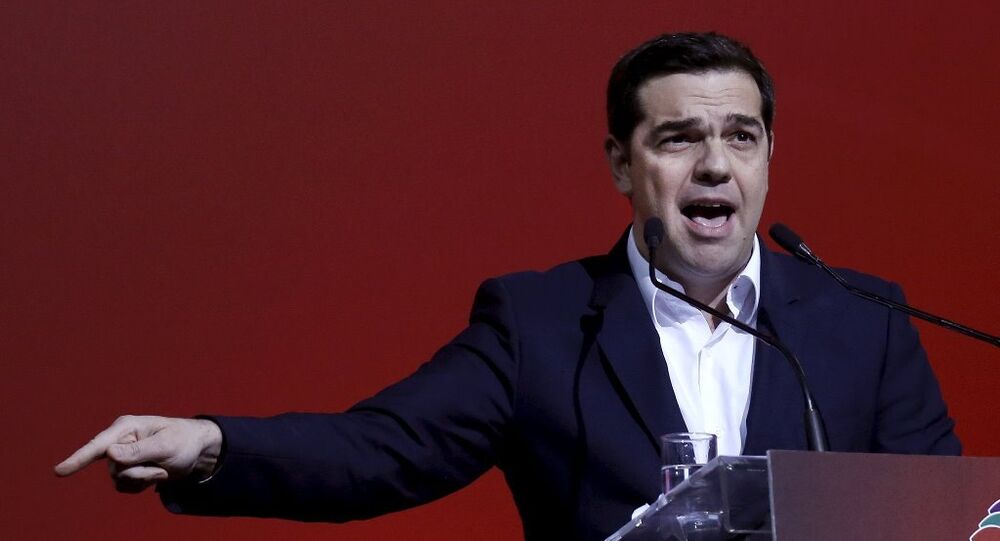 Greek Prime Minister Alexis Tsipras said that Greece has "done the most" in tackling the greatest migrant crisis in Europe in decades, "and nobody has come forward to challenge this."

German Chancellor Angela Merkel and French President Francois Hollande reportedly reassured Tsipras in a closed-doors meeting that Athens would remain in the border-free zone until a March 6 extraordinary EU summit.

"There are and will be no closed borders," Tsipras argued to lawmakers, as quoted by the Kathimerini daily.

European leaders are scheduled to discuss the refugee crisis with Turkey, a recipient of EU's $3 billion action plan to curb migrant numbers, on March 6. Turkish Prime Minister Ahmet Davutoglu, who was initially scheduled to address the issue at the February 18-19 European Council, canceled his trip to Brussels following the deadly Ankara car bombings.

"We cannot accept responsibility-shy bureaucrats pointing their fingers at us and telling us what to do," Tsipras stressed, referring to East and Central European favoring a backup plan to Brussels’ solutions.

© AFP 2020 /
EU Refugee Rules Must Be Consistent for All EU Countries – Tsipras
The so-called Plan B envisions moving the Schengen border further north to the Bulgarian-Macedonian frontier as opposed to the Greek-Turkish border.

Tsipras further argued that Greece has "done the most" in tackling the greatest migrant crisis in Europe in decades, "and nobody has come forward to challenge this."

Greece has been under pressure from fellow EU member states as most of the refugees arriving in the country continue their journey through the Balkans to Austria, Germany and Sweden unrestricted. The influx of migrants has overwhelmed many European nations.

The prospect of reinstating border controls with Greece became high on the agenda last month after Austrian and Czech officials expressed their disapproval of Athens’ failure to secure its borders as migrants continue to transit through Greece.

EU Refugee Rules Must Be Consistent for All EU Countries – Tsipras