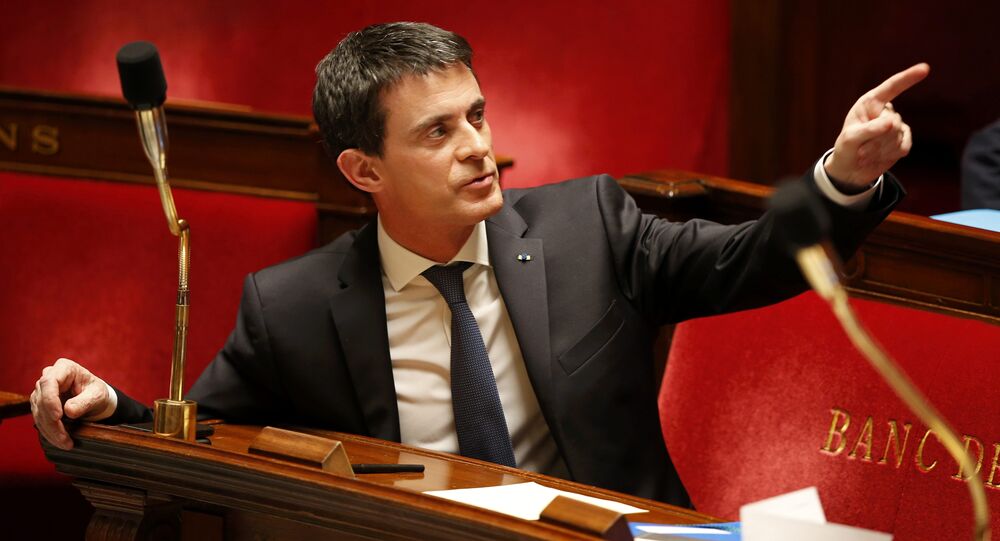 French Prime Minister Manuel Valls has warned that more major terror attacks on European soil are a "certainty" in a new era of what he describes as "hyper-terrorism" following the attacks in France in 2016.

"We have entered — we all feel it — in a new era characterized by the lasting presence of 'hyper-terrorism. We must be fully conscious of the threat, and react with a very great force and great lucidity. There will be attacks. Large-scale attacks. It's a certainty. This hyper-terrorism is here to stay," Valls said.

"The force of the ideological fascination is formidable, and if we have changed era it is because this hyper-terrorism is in the heart of our societies."

France was rocked last year by the Charlie Hebdo shootings in Paris, the related hostage-taking in a kosher supermarket at Porte de Vincennes and the November 13 attacks in which 130 were killed and hundreds injured in a series of shootings and suicide bombs.

The terror attacks exposed deep flaws in information-sharing between the EU states, as well as a lack of capability within its law enforcement agency Europol. The European Commission in January proposed a series of measures designed to cut off the financing of terrorism.

However, the Commission's plans have been described in France as being too slow to take effect. French Finance Minister Michel Sapin told reporters last week that, although the Commission's proposals contained good proposals: "We have to accelerate the process. We now have only one concern: that these plans be adopted extremely rapidly at the European level, to allow them to be applied as soon as possible in each of our countries."

"We have to cut off the resources that terrorists use to carry out their heinous crimes." https://t.co/aYCk7aH2zB pic.twitter.com/Rol92jvw3R

In its latest analysis of the threat from Daesh, also known as ISIL, the EU law enforcement agency Europol says the organization is operating locally-based terror cells within Europe and is training them in special forces-style attacks on soft targets.

Intelligence suggests that Daesh has developed an external action command trained for special forces style attacks in the international environment. Daesh terrorist cells currently operating in the EU are largely "domestic and/or locally based," according to the assessment by the agency.

It believes that Daesh may use the European refugee crisis to their advantage. The report says that although "there is no concrete evidence that terrorist travelers systematically use the flow of refugees to enter Europe unnoticed.

A real and imminent danger, however, is the possibility of elements of the (Sunni Muslim) Syrian refugee diaspora becoming vulnerable to radicalization once in Europe and being specifically targeted by Islamic extremist recruiters". It continues:

"There is every reason to expect that [Daesh] inspired terrorists or another religiously inspired terrorist group will undertake a terrorist attack somewhere in Europe again, but particularly in France, intended to cause mass casualties amongst the civilian population. This is in addition to the threat of lone actor attacks, which has not diminished."

'No One Is Safe': Ideological Terrorist Attacks Cannot Be Predicted