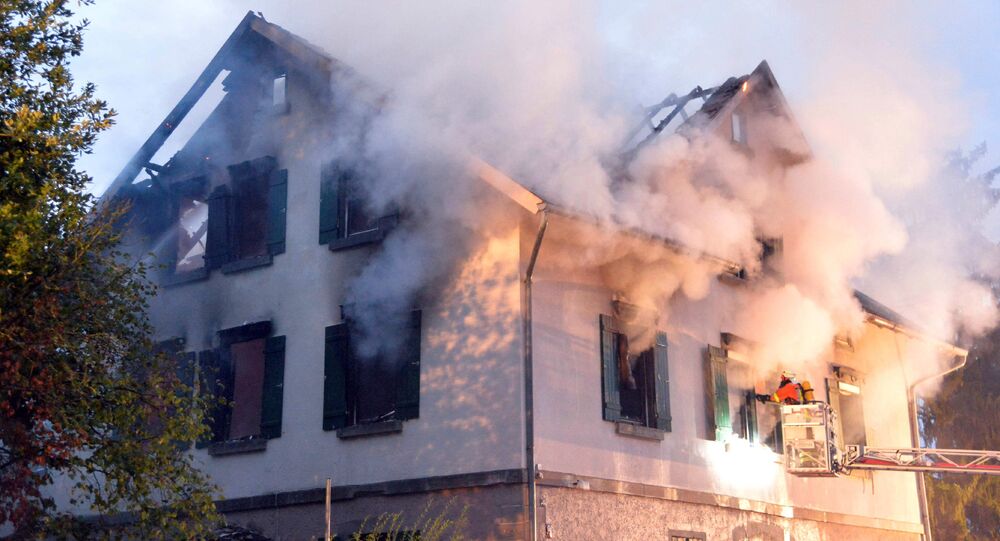 As figures were released showing a sharp rise in right-wing violence in Germany, Germany's labor ministry announced it has requested another half billion euros to spend on the integration of 100,000 refugees and migrants in 2016.

© REUTERS / Pawel Ulatowski
‘Never Too Late’: 94-Year-Old Former Nazi Guard on Trial in Germany
Germany's Ministry of Labor and Social Affairs has requested another half a billion euros for the integration of refugees and migrants this year, a revelation that could stoke further social tensions; on Thursday Germany's Ministry of the Interior released data showing a sharp rise in right-wing offenses in 2015.

The numbers were released after a request by German Left Party politician Petra Pau, who said the real amount could be even higher.

"Experience has shown that the real numbers, beyond those registered by the federal and state police authorities, are twice as high," Pau said, Die Zeit reported.

"That means that we have three to four right-wing motivated crimes every day."

The figures show that the number of right-wing extremist offenses increased during the year; in July there were 1,146 such offenses, up from 946 in June. The increase continued through the summer months and peaked in October, when there were 1,717.

November (1,348) saw a decline in the number of offenses, and in December 1,186 right-wing extremist offenses were committed.

© AP Photo / Oliver Killig / dpa via AP
German Interior Minister Slams 'Disgraceful' Violence Against Migrants
The interior ministry released the figures on Thursday, the same day as Germany's Federal Minister of Labor and Social Affairs Andrea Nahles confirmed her department has requested another half a billion euros for the integration of refugees.

"We can't integrate them for nothing," the minister told the Funke Mediengruppe.

"We can't take the money away from the long-term unemployed. Otherwise that creates displacement and competition which stokes fears instead of reducing them," Nahles explained, who has already begun negotiations with Finance Minister Wolfgang Schauble about getting more money.

Nahles said that the creation of job opportunities for 100,000 refugees would cost at least 450 million euros a year, and more money would be needed for other integration measures such as additional support during training.

Her department estimates that an extra 270,000 people will receive unemployment benefits in 2016, around 200,000 of whom are capable of work.