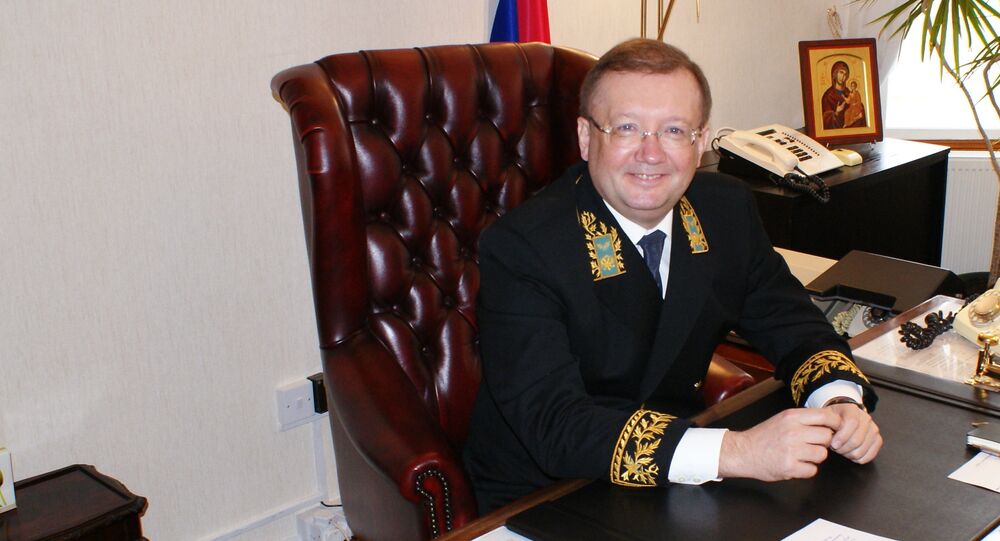 Russia's ambassador to the United Kingdom said that Britain's business leaders favor an end to the EU anti-Russian sanctions.

"I feel that [British] business fully supports the lifting of the sanctions, it is totally not interested in them. Furthermore, they say this directly to the British government. Business is interested in developing relations with Russia and considers the current state of affairs, when the trade volume between our countries has fallen dramatically, as a temporary condition," Yakovenko said in an interview with RIA Novosti.

The Russian Embassy in London maintains close relations with both large and medium-sized British businesses, he added, stressing the role of the Russo-British Chamber of Commerce, which marks its 100th anniversary this year, in developing the bilateral relationship.

In June 2015, Yakovenko said in an interview that the turnover between Britain and Russia had fallen by some 60 percent since 2014.

Since July 2015, trade between Russia and EU member states has taken a further hit after the European Union and the United States imposed sanctions against Russian individuals, entities and entire sectors of the Russian economy in response to Crimea seceding from Ukraine and rejoining Russia. The West has also accused Russia of meddling in the conflict in eastern Ukraine, while Russia has denied involvement in Ukraine's internal conflict.