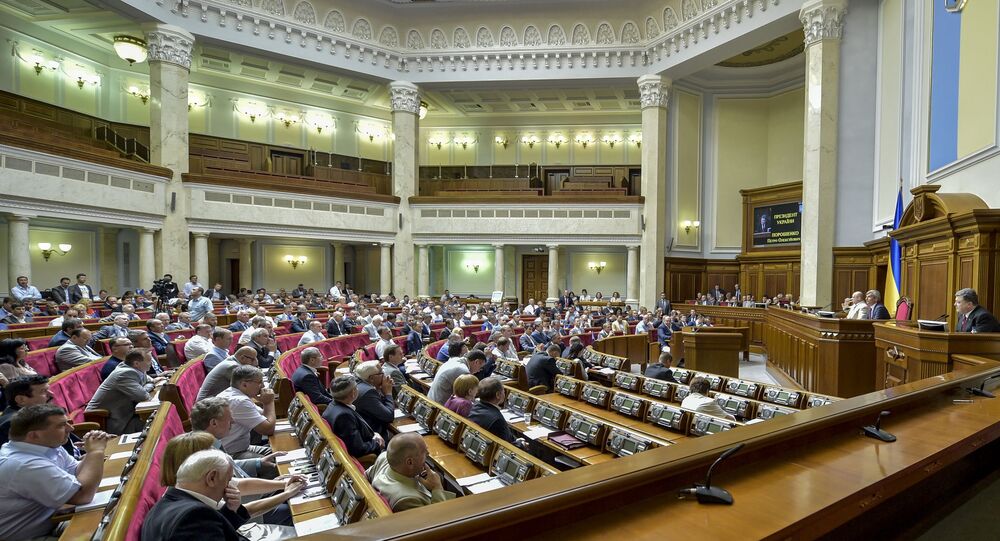 Ukraine's parliament, the Verkhovna Rada, approved constitutional changes in judicial system by 244 lawmakers, with a required minimum of 226 in the first reading.

The amendments were welcomed by 244 lawmakers, with a required minimum of 226 in the first reading. A total of 300 votes will be needed for the bill to be passed in the second reading, after which it must be signed by the president.

© Sputnik / Grigoriy Vasilenko
Kiev's Constitutional Amendments Show No Peaceful Intentions - DPR Envoy
Currently, the president appoints judges for a five-year probationary period, after which the Parliament confirms the appointment for an unlimited term. The reform stipulates the abolition of the first stage with the exception of Constitutional Court judges who, as before, are to be appointed for nine years.

Judges will be appointed by the president on the proposal of a new body — the Supreme Council of Justice. The draft also provides for recertification of all judges in the country.

Ukraine 2016 State Budget to Be Base for Reforms Implementation - President