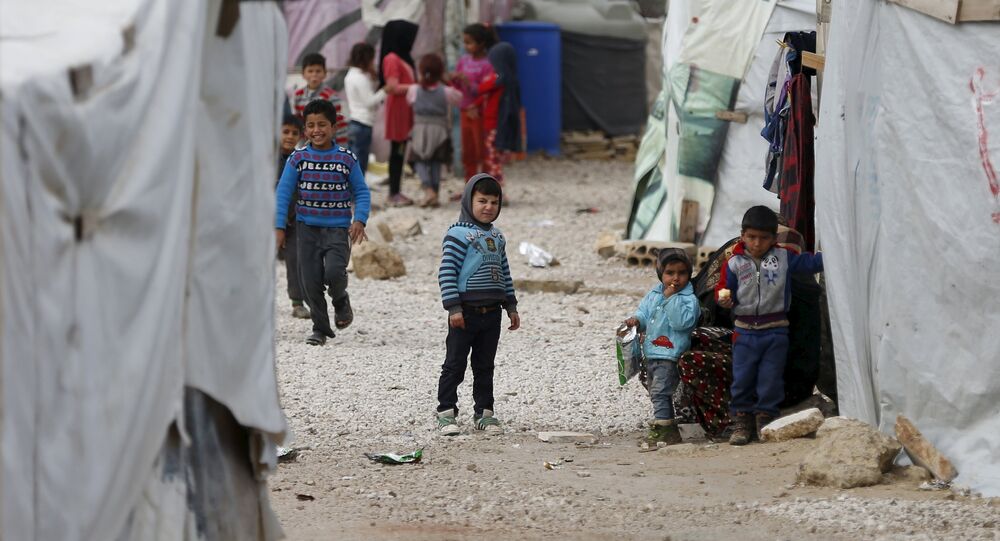 Amid knowledge that organized groups of criminals smuggle migrant children illegally into Europe, Europol has revealed that as many as 10,000 underage asylum seekers have gone missing in the bloc since the current crisis began.

© AFP 2020 / ANP / ROBIN UTRECHT
Czech Leader Condemns Migrants for Exploiting Kids to Stay in Europe
EU Police Chief Brian Donald made the figure public on Monday, suggesting that the estimate is “conservative.” Donald said that the figure is based on police reports, as well as government and NGO information in the EU. The assessment covers a period of approximately 12 to 18 months to the present, or since the beginning of the current migrant crisis in Europe.

In Sweden, a popular destination for asylum seekers, roughly 1,900 of the 55,000 of unaccompanied children that applied for refuge in recent years have been confirmed missing, according to statistics provided by the Swedish Migration Agency. Authorities have confessed that they have very little information on the fate of these children.

Donald pointed out that authorities are concerned that the missing children may end up in the hands of organized criminal groups operating in the EU.

Amir Hashemi-Nik, a Stockholm County Administration member, confirmed the assertion, adding that “many” of the missing children in Sweden have been subjected to various kinds of human-trafficking, including prostitution and begging.

© REUTERS / Giorgos Moutafis
Europe's Refugee Crisis a 'Legacy of Hypocrisy', Economists Tell Sputnik
The UK-based charity Save the Children reported that some 26,000 unaccompanied minors entered the EU in 2015. The charity asserted that those children were immediately targeted by sex abusers and human traffickers. Despite the charity organization’s urgings to the UK government to accommodate 3,000 of the minors, state authorities said they preferred to focus on the needs of children in refugee camps in the Middle East.

The UN Refugee Agency (UNHCR) in Italy has documented that 12,360 accompanied children were rescued while trying to reach Europe by sea. How many of them disappeared after their rescue is unknown.

"There is no certainty where they are," UNHCR spokesperson Carlotta Sami claimed, adding that many children keep moving to Northern Europe after reaching Italy.

© AFP 2020 / VALERY HACHE
No Kidding: Hundreds of Egyptian Child Migrants Arrive in Italy
Michele Prosperi, a spokesman for Save the Children Italy, said the “alarm” sounded by Europol is justified, as missing children automatically drop out of the migrant protection system, finding themselves in a “vulnerable condition,” and easy prey for criminals.

Europol analysts confirmed that organized criminal groups in Europe have taken advantage of the ongoing situation.

"They are very adept at making changes to reflect the current situation. So if the market for them is changing then they will follow that market and at the moment the area of exploitation that's largely available is the exploitation of migrants."