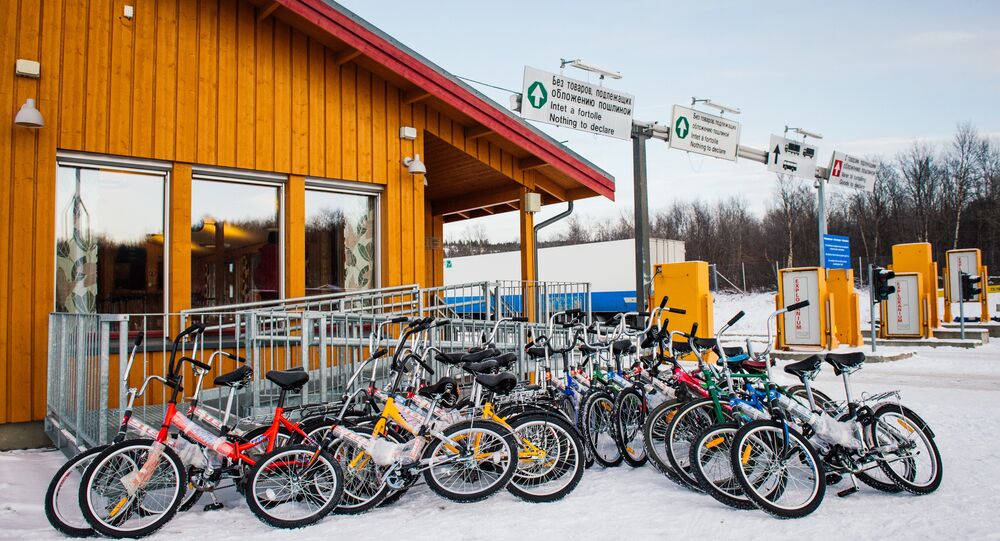 Police in Norway are looking into all available options to deport refugees, including to countries other than Russia whose border they crossed to arrive in Norway, police sources told national media on Sunday.

TROMSOE (Sputnik) – Norwegian Foreign Minister Borge Brende announced early Sunday the suspension of deportations to Russia until work is coordinated with officials across the border.

"The task of the police is to send back the refugees, and we continue to plan for the possibility of sending them back by bus or plane," chief of Kirkenes immigration police Tor Espen Haga said as quoted by the NTB news service.

Haga said, given the suspension of deportations via the Storskog checkpoint to Russia, other options were on the table, including expulsions to third countries.

"We are also considering this possibility, but we are now on standby until it is decided at the political level," he stressed.

Norway shares an extensive border with Sweden and one with Finland.

© AFP 2021 / JONATHAN NACKSTRAND
Norway Preparing to Deport 280 Refugees to Russia
On Tuesday, 13 refugees were deported from Norway to Russia under an agreement to return them through the Storskog checkpoint by bus. A group of 30 refugees were due to arrive in Russia on Thursday, but the deportation was postponed for various reasons given by Norwegian officials.

The northernmost migrant route has been used by an estimated 5,500 people fleeing conflicts and poverty in the Middle East and North Africa as Europe continues to grapple with the greatest refugee crisis in decades.

Last year Norway deported some 400 asylum seekers who had documentation or a multi-entry visa allowing them to stay in Russia as part of a 2008 intergovernmental agreement.

Norway’s immigration affairs office claims around 700 asylum seekers holding these documents are currently in the Nordic country. Plans were disclosed to RIA Novosti on Sunday to deport 280 of them.