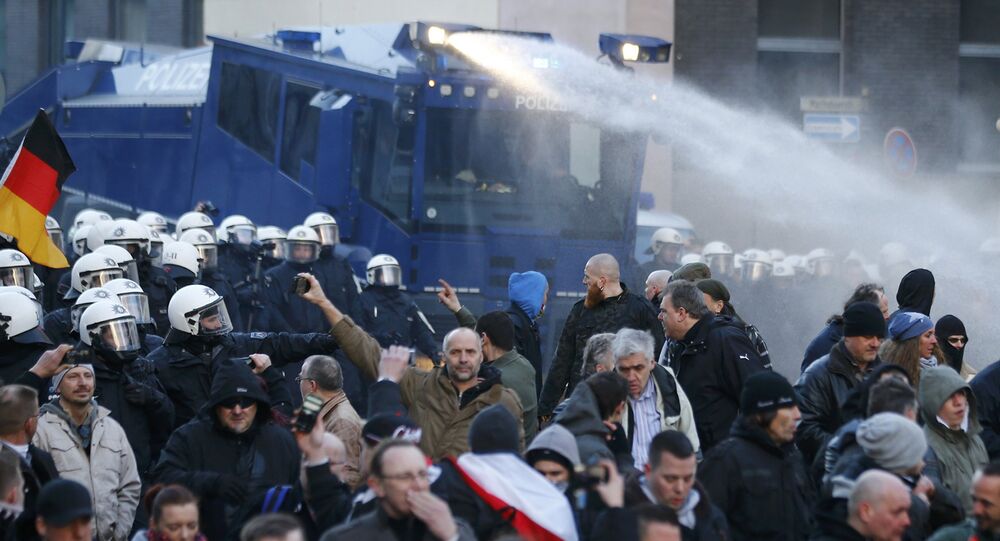 The police of the Swiss city of Basel banned Friday a rally by the German anti-Islamization movement Pegida, having previously approved the event scheduled for February 3.

MOSCOW (Sputnik) — The permission for Pegida to hold its rally, as well as for another group to hold a counter-demonstration, was withdrawn due to the "the latest findings and the current assessment of the situation," the police said, as quoted by Der Bund newspaper.

The cantonal police of Basel-Stadt had received "information about expected participation of several violent groups from both sides, both from home and from abroad," the statement read.