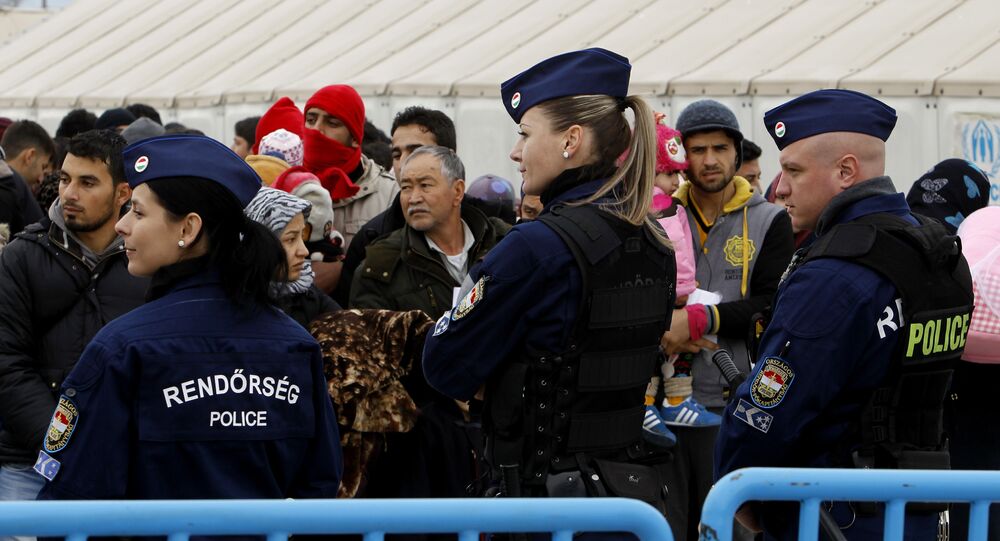 © AP Photo / Marko Drobnjakovic
Hungary May Turn to Bulgaria, Macedonia if Greece Keeps Borders Open
MOSCOW (Sputnik) — Sections of the Hungarian-Romanian border may be fenced off to that end, the prime minister added, stressing that Europe cannot continue to accommodate large numbers of migrants.

"Let the [migrant] route turn where it wants, but it will not go through Hungary, that's for certain," Orban said in an interview with the Hungarian Kossuth Radio public broadcaster.

Hungary has been a part of the so-called Balkan route, used predominantly by Middle Eastern and North African migrants on their way to Northern Europe. The route passes from Turkey, across Greece, Macedonia, Albania, Serbia and via Hungary and Austria into Germany and France.

Earlier in January, Austria announced that migrants who do not intend to apply for asylum in Germany would not be able to enter the country. On Wednesday, the Austrian government imposed limits on asylum seeker admissions to the country. The plans stipulates that no more than 37,500 asylum requests would be accepted in 2016, with the total  asylum requests for the period up to mid-2019 not to exceed 127,500. The quotas were devised so that asylum seekers in the country as a share of Austria's total population remains below 1.5 percent.

© REUTERS / Aly Song
Hungary PM Orban on Refugees: 'Continent Looks Like a Battlefield'
In Friday's interview, Orban voiced support for Austria's move, hailing it as a victory of "common sense" over "dogmatic thinking." The prime minister also criticized the European Union for obstructing decision-making at a national state level.

The previous year has seen an unprecedented wave of migration to Europe, with over one million migrants arriving to European shores, according to International Organization for Migration data. Over 1.5 million illegal border crossings have been detected by the EU border agency Frontex between the beginning of 2015 and mid-December.