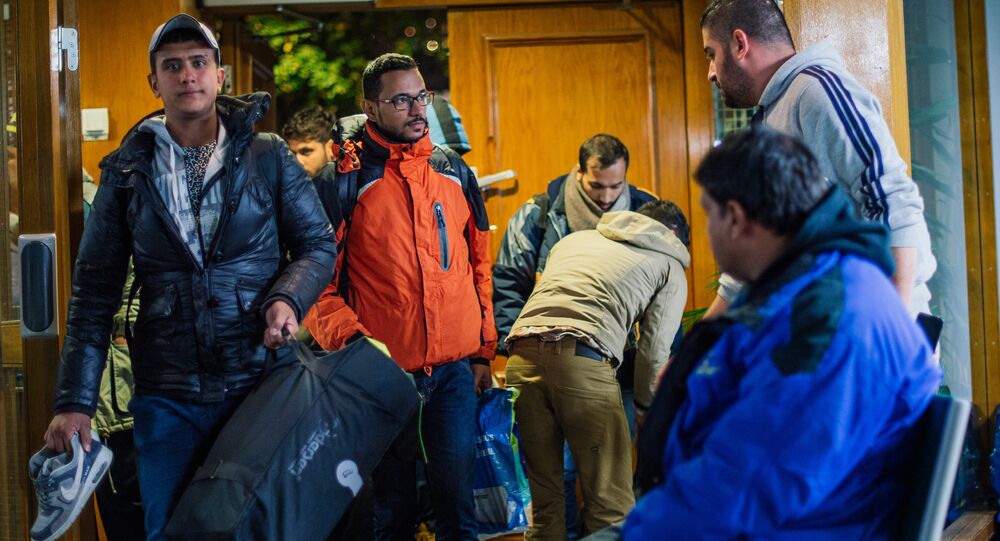 From now on refugees can drive vehicles without having to show a driver’s license when stopped by police, the Swedish newspaper Fria Tider reported, citing Sveriges Radio.

© AP Photo / Adam Ihse, file
Sweden Burns Amid Anti-Migrant Mayhem as Arson Attacks Continue
A Swedish court dismissed the case of a young man from Bosnia, who was caught operating a car without a driving permit. The man told judges that he actually had a driver's license in his country of origin, but had lost it nine months ago when he moved to Sweden.

"In practice, this means that newly arrived migrants can drive vehicles without a driver's license," Fria Tider said.

Investigator Helena Renberg from Karlskrona said she has to deal with 30 similar cases in her small town alone, Sveriges Radio reported.

The situation with the Bosnian man has made many Swedes angry, because if a Swede committed a similar violation he or she would have to pay thousands of kronor.

"If a person cannot prove that he has a driver's license, maybe he shouldn't drive… After all, the Swedish law clearly states that a person must show the document [when driving a vehicle]," police officer Stefan Palm from Blekinge County said, according to Fria Tider.

© AFP 2021 / PANU POHJOLA / LEHTIKUVA
14,000 Undocumented Migrants Vanish Without a Trace in Sweden
According to user Osiris from the Flashback forum, this precedent means that now every refugee from another country can drive a car in Sweden without having to show a driver's license, as they can simply say that they lost it.

"Sweden is becoming more and more lawless. The system has completely lost touch with reality," Osiris wrote on the forum.

People from outside of the European Union who are not officially registered in Sweden are not required to have a driver's license. Since the entire process of registration in Sweden can take up to two years, as long as refugees can claim that they had a driver's license in their countries of origin, they can keep driving vehicles without having to show proper documentation while their applications are being processed, Fria Tider explained.

Sweden May Force Out Migrants