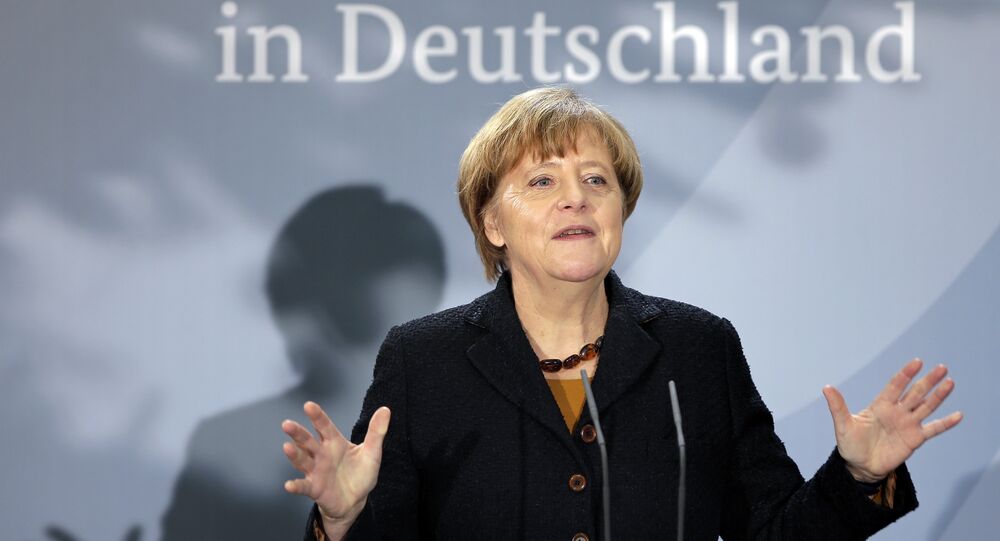 BERLIN (Sputnik) — Seehofer leads the Christian Social Union (CSU) in Bavaria, which is part of the ruling coalition in Germany along with Chancellor Angela Merkel's Christian Democratic Union (CDU).

"We are in a serious situation. The fact that we significantly differ in our views on solving the issue [the migration crisis], which has historical importance, automatically affects the work of the coalition," Seehofer told journalists.

© AFP 2021 / Tobias Schwarz
Bavarian PM Threatens to Sue Berlin if Merkel Fails Control German Borders
Seehofer has been firmly opposed to Merkel’s asylum seeker policy. Earlier this month, he said that Germany could cope with no more than 200,000 arrivals a year.

Germany has been one of the main destination for thousands of refugees and immigrants coming to Europe since the start of 2015. Bavaria, the key gateway to Germany for those arriving in southern Europe, saw the average of 4,000 new arrivals a day in December.