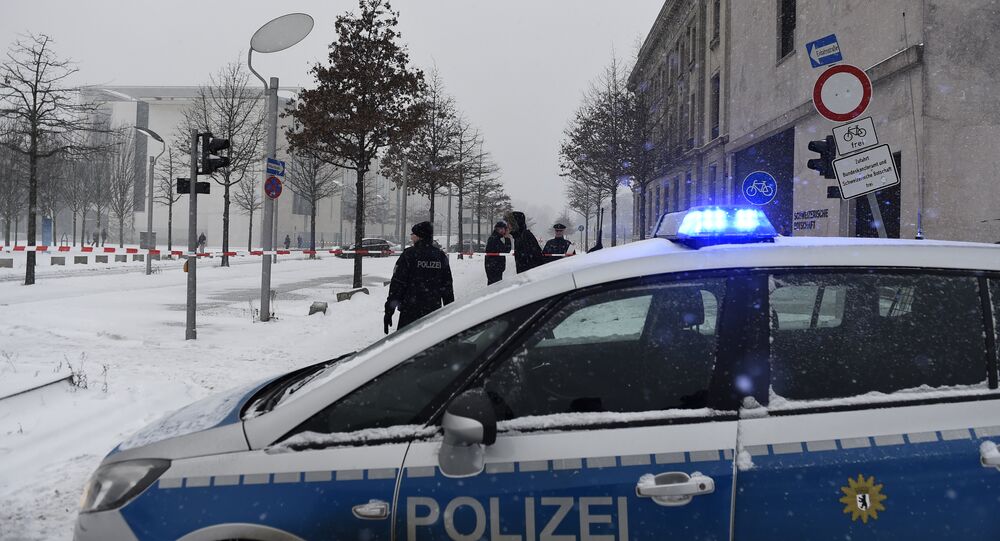 The Russian Embassy in Germany is verifying the information about the alleged disappearance and rape of a 13-year-old Russian girl in Berlin by several immigrants, although the child’s family has not asked the diplomatic mission for consular assistance so far, the embassy’s press secretary said Thursday.

© AFP 2021 / Roberto Pfeil
How the European Media Betrayed the Women of Europe
BERLIN (Sputnik) – On January 16, Russia's Channel One broadcaster aired an interview with a woman claiming to be the girl’s aunt, who said her niece was abducted on her way to school in Berlin and raped.

"Certainly, we are extremely alarmed about the incident, since it concerns the family of our compatriots, Russian citizens. Although they [the girl’s family] have not turned to the embassy for any help and protection yet, we have, nevertheless, begun to carefully study the situation since the first reports about the crime emerged," Sergei Belyaev told RIA Novosti.

Earlier this month, the press service of the Berlin police service stated that the case of the missing Russian-speaking girl in the German capital had been closed due to lack of evidence, adding that it would be transferred to the prosecutor's office soon.

Repeat of Germany’s Assault Incidents in Cologne ‘Unlikely’ in Canada

Roses in Apology: Young Tunisians Make Up for Cologne Assaults