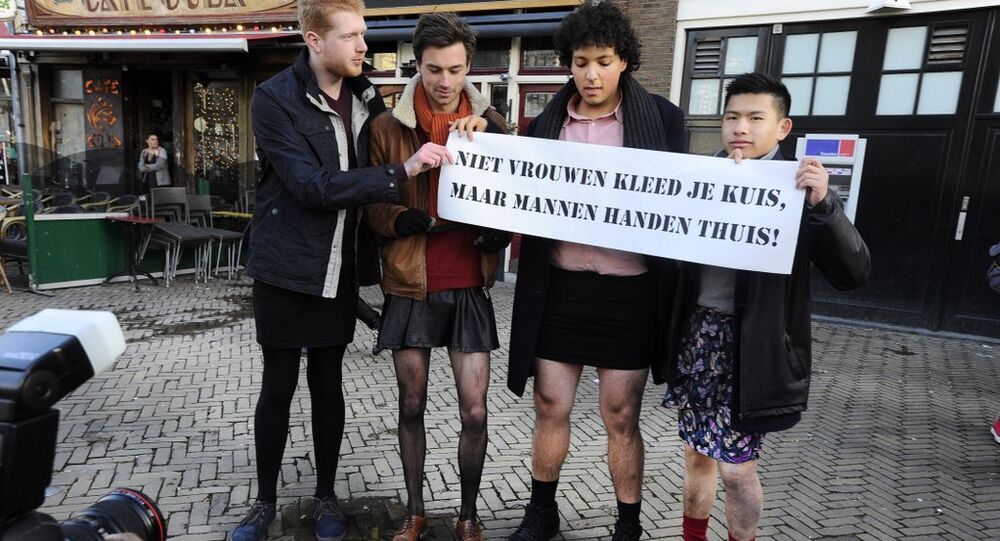 A group of 400 men took to the streets of Amsterdam wearing miniskirts to show support for women' rights following a series of mass sex attacks on Cologne and other European cities that took place on New Year's Eve.

© AP Photo / Hermann J. Knippertz
Shell Shocked: Germans Stock Up on Tasers After Cologne Attacks
A group of men in the Dutch capital of Amsterdam marched in miniskirts on Saturday to demonstrate their support for women's rights following a series of sex attacks in Cologne and other European cities which took place on New Year's Eve.

The demonstration was organized by an alliance of Dutch youth political organizations, including the Green Party and Labor Party. According to a Facebook page set up to spread the word about the event, 400 people took part in the march.

"Too often sexual violence against women is put down as a women's problem: don't wear short skirts. That is never the solution. Short skirts are not to blame," wrote the organizers.

"Last year Turkish men went on the streets in skirts, including in Istanbul, to protest against the death of Ozgecan Aslan, who died of sexual violence. Inspired by their bare legs, we go to the streets in miniskirts to show solidarity with women in the Netherlands, Cologne, anywhere in the world."

​"If you have no skirt at home, borrow one and join us. Tights allowed."