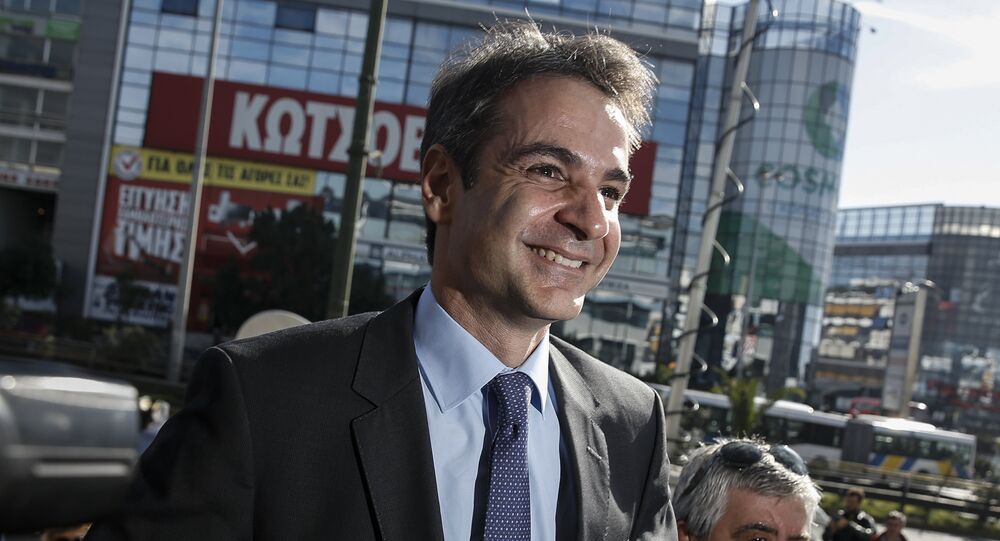 A poll indicated 21.3 percent support for New Democracy (ND) party against 18 percent for Syriza after Mitsotakis’ victory in Greece, according to the survey.

Kyriakos Mitsotakis was picked to lead ND last week on a platform of agreeing with the proposals of Greece’s international creditors and standing against the "populism of the incompetent government."

A poll conducted by Alco indicated 21.3 percent support for ND against 18 percent for Syriza after Mitsotakis’ victory, the Greek Proto Thema newspaper that commissioned the survey reported Saturday.

© AFP 2021 / LOUISA GOULIAMAKI
Greece’s New Democracy Opposition Party to Elect New Leader This Month
Prime Minister Alexis Tsipras’ Syriza has lost nearly half of its support since September, when 35.46 percent of the voters backed it.

Syriza’s loss of support is largely seen as a consequence of succumbing to international creditors’ austerity demands in exchange for billions in bailout. The leftist party campaigned in January 2015 on a platform of eradicating austerity.