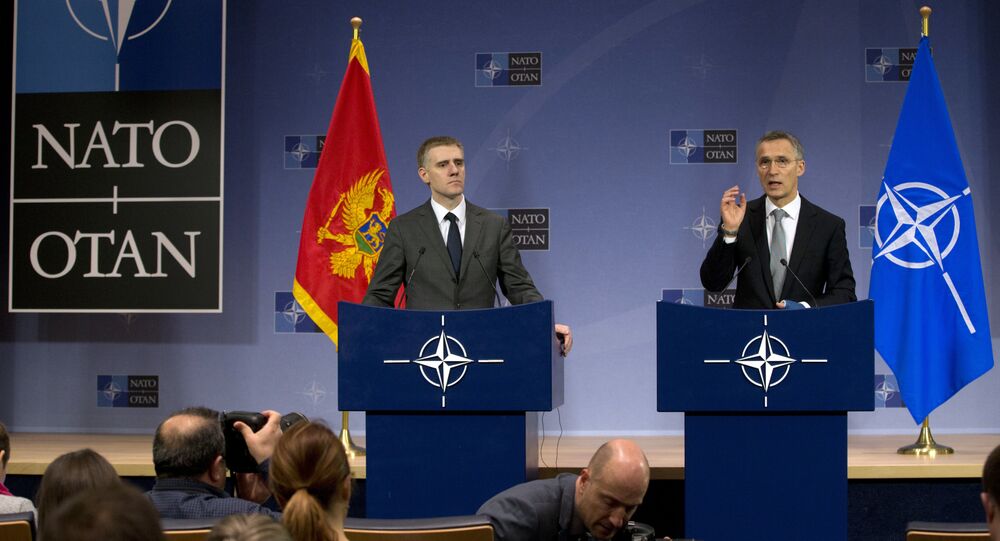 Tens of thousands of Montenegrin residents signed a petition urging the government to hold a national referendum on the country's NATO membership, Srdan Milic, the leader of the Socialist People's Party (SPP), said Saturday.

© AP Photo / Geert Vanden Wijngaert
Montenegro Cabinet to Push for Vote of Confidence Over NATO Membership
BELGRADE (Sputnik) — Under Montenegrin law, a national referendum may be held at the president or government’s initiative, a demand from 25 lawmakers of the Montenegrin parliament, as well as a request filed by 10 percent of registered voters, or 52,806 Montenegrin citizens.

"We collected tens of thousands of signatures in 27 SPP offices across Montenegro. Due to the huge interest of the citizens, we will continue efforts to collect signatures calling for a referendum on Montenegro’s NATO membership," Milic told RIA Novosti.

NATO issued a formal invitation to join the military bloc to Montenegro on December 2, which Podgorica accepted the following day.

The decision triggered protests in the capital, with some 5,000 opponents taking to the streets. The protesters have called for Prime Minister Milo Djukanovic's resignation.

Montenegro Cabinet to Push for Vote of Confidence Over NATO Membership