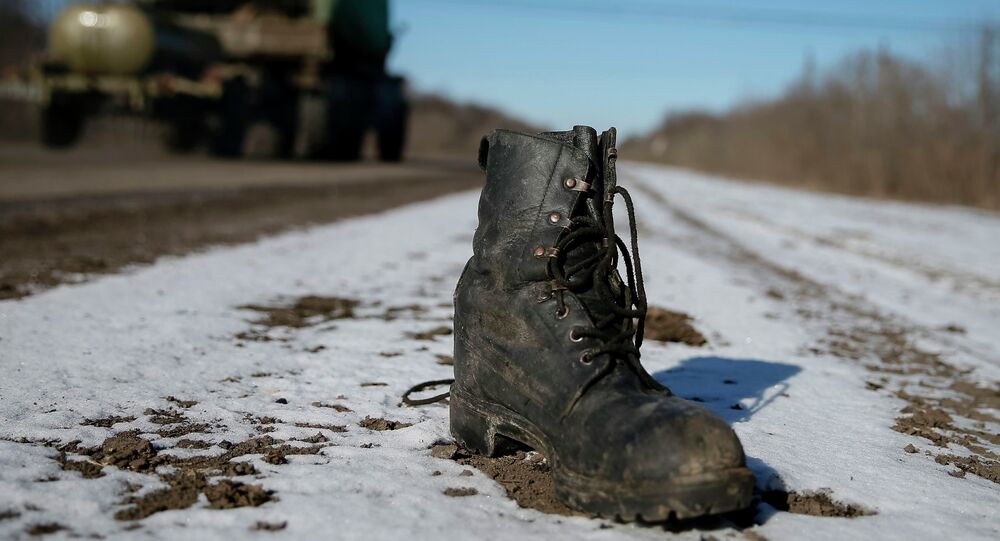 Life in Ukraine’s war-torn Donbass is as bad as a Hollywood post-apocalyptic flick – most buildings are destroyed, people are suffering from a lack of food, while hot water and electricity long ago became memories of the past, Jacques Clostermann, one of the members of a French delegation that visited Donbass on January 12, told Radio Sputnik.

"People live in basements with their children. We have seen entire cities where there is no heating. They said they continue to exist only with the help of Russian humanitarian aid… What we have seen is not living, it's survival," Clostermann said, according to Radio Sputnik.

© REUTERS / Gleb Garanich
Heart of Gold: Two German MPs Raise 200,000 Euros to Help Donbass Children
The level of utter destruction in Donbass has shocked the French human rights activists. Ruins are everywhere — public buildings, roads, bridges, and even buildings which have no military value, such as churches, cemeteries and houses, have been destroyed with an intense ferocity, the French human rights activist said.

Despite an official ceasefire, shooting continues to happen near the front line. The shooting mostly takes place at night, while OSCE ceasefire control missions happen during days. That way, the OSCE can seldom record fire near the front line, the member of the French delegation said.

"We were told about an armored battle tank, which comes into a town and starts shooting around. Soldiers from the Ukrainian Army are often drunk. We had an impression that the Ukrainian Army is out of control," Closetermann said.

© AFP 2021 / SERGEY BOBOK
Drunken Ukrainian Troops Shoot Donbass Beachgoers... Just for Fun
The French human rights activist said it was the first time his group had visited Donbass; however, they want to come back to eastern Ukraine again in three or four months with a much bigger group.

Next time, members of French media should come along to Donbass to see the situation in the region with their own eyes, Clostermann said, adding that he would tell everyone back home about everything that he had seen in Ukraine during his trip.

Southeastern Ukraine has been suffering from a crisis triggered by a military operation to suppress local independence supporters launched by Kiev authorities in April 2014 to quell secession moves.

In February of 2015, representatives of the central government in Kiev and Donbass independence supporters signed a deal on Ukrainian reconciliation in the Belarusian capital of Minsk.