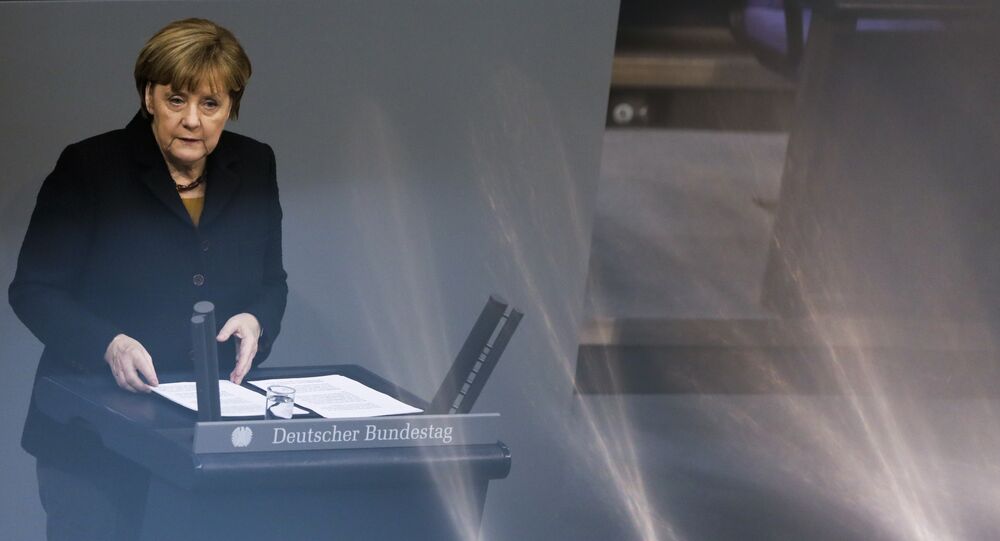 According to media reports, groups of unknown gunmen attacked and injured several migrants in the center of Cologne on Sunday, following news of the New Year’s Eve attacks on women.

"All of a sudden we are facing the challenge that refugees are coming to Europe and we are vulnerable, as we see, because we do not yet have the order, the control that we would like to have," Merkel said late on Monday, as quoted by The Telegraph newspaper.

Germany’s Interior Minister of North-Rhine Westphalia Ralf Jaeger said on Monday that the attackers were "almost exclusively" carried out by immigrant males. Ten of the 19 suspects already identified by local police are registered in the country as asylum seekers.