© Sputnik / Mikhail Markiv
Kiev Says $212 per 1,000 Cubic Meters Is Too Much for Russian National Gas
Ukraine will nonetheless have to buy Russian gas this winter, despite the announcement by Ukrainian Prime Minister Arseniy Yatsenyuk that it can buy it cheaper from European suppliers, explained political analyst Denis Denisov.

On Sunday Yatsenyuk told Ukrainian television that Ukraine has accumulated around 13 billion cubic meters of gas in its storage facilities, 2.3 billion more than last winter and enough to get through the winter period.

He also said that if Ukraine does need to buy more gas, the government won't buy it from Russia, because gas is cheaper in the EU.

"We have stopped buying gas from the Russian Federation. From January 1, they quoted a price of $212 per thousand cubic meters. We aren't buying gas from Russia because we can buy gas cheaper in the European Union. The average price of gas in the EU is around $200," said Yatsenyuk.

However, Yatsenyuk neglected to mention some important facts about Ukraine's gas needs and the state of the market, Denisov told RIA Novosti. 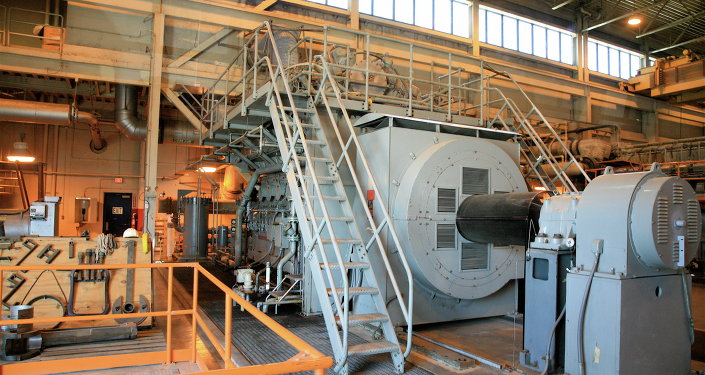 © Flickr / Steve Jurvetson
Ukraine's City Henichesk Confirms Receipt of Gas Supplies From Russia
Firstly, any estimates about the volume of gas necessary to get through the winter period are likely to be inaccurate, because it is impossible to predict how cold the winter will prove to be, said Denisov.

"It is completely possible that that figure is real, but such a figure definitely won't be enough to get through the winter season at full capacity."

In reality, Ukraine will have to buy gas from somewhere, and the Prime Minister's declaration that it can get it cheaper in Europe is also stretching the truth, explained Denisov.

"At the moment if and when there is gas for $200 on the European spot markets, where Ukraine sometimes also buys gas, then it is in very small quantities. We know very well from experience that when there is a cold period in Europe, the cheap gas goes very quickly. There just isn't any on the market. And nobody, nowhere, especially in Europe, is going to give Ukraine the bonus of cheap gas."

"It is possible to assume that not even a month passes before the next cold snap comes to Ukraine, and we see a perfectly different situation, in which Naftogaz is obliged to buy gas from Gazprom. But Yatsenyuk won't make a comment on that."

Give Me Some Light: Girl Sets Car on Fire at Gas Station