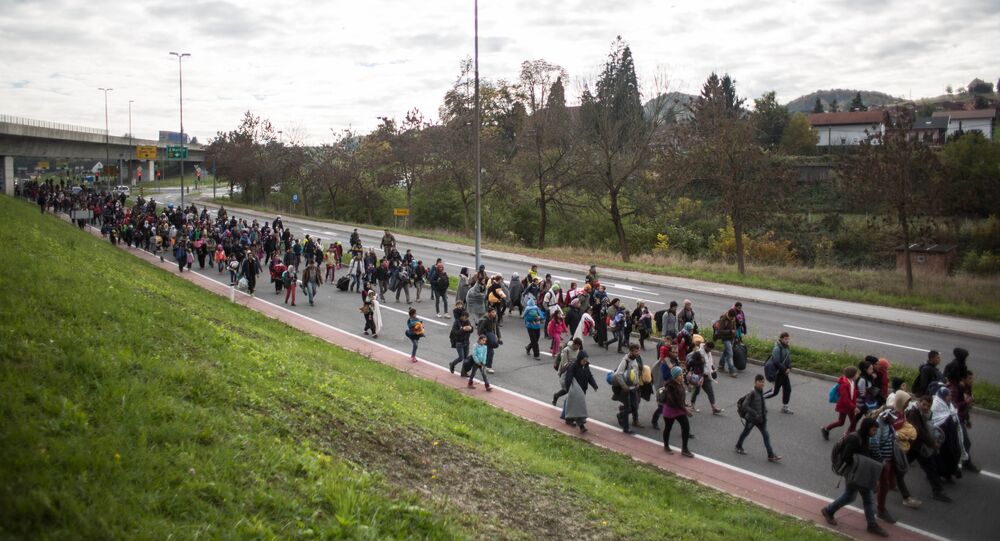 The German chancellor called on the EU to tackle the border control issue in order to save the Schengen free travel zone.

MOSCOW (Sputnik) — The Schengen zone will continue to function only in case of the European Union jointly addressing the problem of refugees while securing its borders, German Chancellor Angela Merkel said Thursday.

"I do not want to voice any concrete dangers, what happens if, but the Schengen system will work only if the EU countries accept a common responsibility for refugees and for protecting external borders," Merkel told reporters during a press conference in Berlin. Solutions to the problem must be found rapidly, she added.

The migrant flow to Europe must be regulated, with illegal movement replaced by legal migration channels, the chancellor said, adding that everything possible must be done to preserve the Schengen free travel zone.

© REUTERS / Fabrizio Bensch
Germany Confirms Refugee Count Passes Million Mark
The number of asylum seekers who have arrived in Germany since the beginning of 2015 has hit one million, German officials said early December. The increased refugee influx into Germany since August has exceeded previous forecasts, with Interior Minister Thomas de Maiziere stating that 950,000 people had received or applied for refugee status in Germany this year in contrast to the 800,000 forecast.

This year has seen an unprecedented wave of migration to Europe, with over one million migrants arriving to European shores, according to International Organization for Migration data. Over 1.2 million illegal border crossings have been detected by the EU border agency Frontex since the beginning of 2015.

End of Europe: Merkel is Doing Good Job at 'Destroying Her Own Continent'