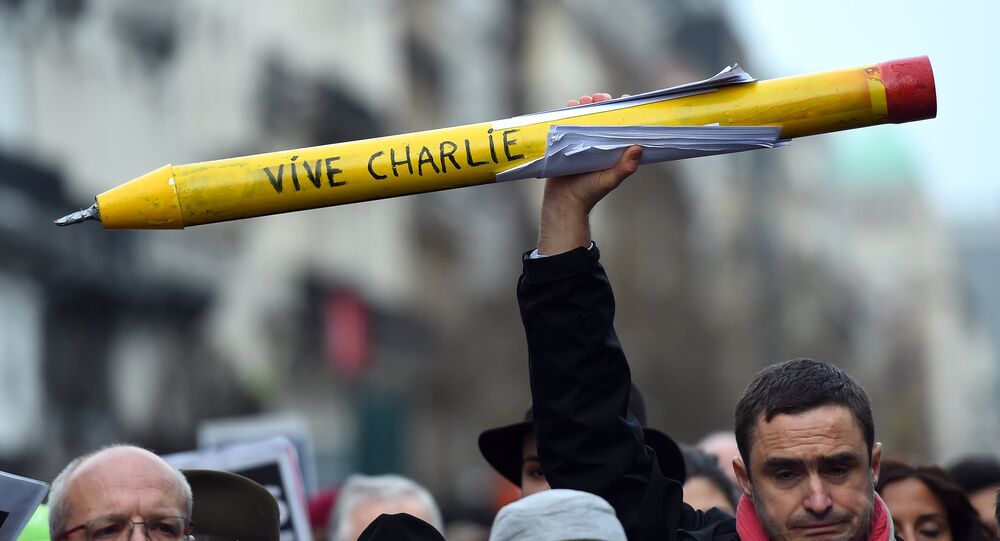 A year since the January 2015 attacks on the offices of the satirical magazine Charlie Hebdo and a kosher supermarket in which three gunmen killed 17 people France is set to commemorate a year that ended with the suicide bombings and shootings 10 months later in which 130 people were killed.

"France is not done with terrorism," warned French President Francois Hollande. He said that the terror threat "remains at its highest level." Hollande paid homage to the victims of the November 13 attacks and of January's deadly rampages.

"These tragic events will remain forever etched in our memories, they shall never disappear. But despite the tragedy, France has not given in. Despite the tears, the country has remained upright," Hollande said.

France has been rocked by a series of terror attacks that began in January 2015, when Saïd and Chérif Kouachi forced their way into the offices of the French satirical weekly newspaper Charlie Hebdo in Paris and shot 11 people dead, wounding 11 others, before fleeing and killing a policeman outside.

© AP Photo
Charlie Hebdo Special Edition Cover to Depict Assailant Responsible for Attack on Magazine
They identified themselves as belonging to the Islamist terrorist group Al-Qaeda's branch in Yemen. Both were eventually gunned down in a village, after taking a hostage.

The shootings were followed by another hostage-taking event involving Amedy Coulibaly who was a close friend of the Kouachi brothers.  Coulibaly entered and attacked people in the kosher food superette in Porte de Vincennes where he murdered four Jewish hostages and held fifteen other hostages. Police ended the siege by storming the store and killing Coulibaly.

Then in June, Yassin Salhi, suspected of being a militant Islamist drove his vehicle to work and beheaded his boss. French media reported Thursday that he had been found dead in his prison cell while awaiting trial.

Then — in the worst attack so far — on November 13, when gunmen and suicide bombers hit a concert hall, a major stadium, restaurants and bars, almost simultaneously — and left 130 people dead and hundreds wounded. The attacks were described by President Francois Hollande as an "act of war" organized by Daesh.

© AFP 2020 / Joel Sagat
People stand next to the makeshift memorial in tribute to the victims of the Paris terror attacks, on January 4, 2016, at the Place de la Republique in Paris.

Charlie Hebdo's anniversary edition — due to be published on January 6 — will lead with the front page headline: "One year on, the killer is still on the run." Its editorial — according to a pre-publication statement — will say the magazine would continue despite religious extremists who wanted to muzzle it.

"They won't be the ones to see Charlie die — Charlie will see them kick the bucket," it said.

Hollande is due to attend low-key ceremonies Tuesday unveiling commemorative plaques at the main sites of the January attacks that will be attended by families and government officials. He will unveil another plaque in memory of the murdered policewoman on Saturday.

On Sunday, a more public ceremony is planned at Place de la Republique, the square in eastern Paris that attracted mass rallies in favour of free speech and democratic values after the attacks and became an informal memorial.

A Year of Terror: the World Bids Farewell to 2015