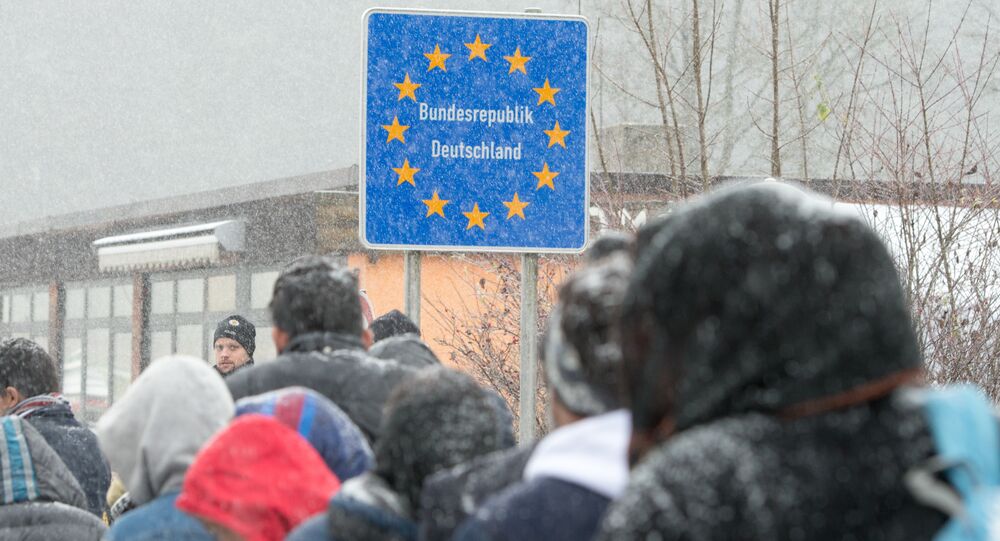 The number of refugee arrivals in Germany decreased significantly compared with the data of the last quarter of previous year, according to Interior Ministry spokesman Johannes Dimroth.

© REUTERS / Fabian Bimmer
Asylum Seeker Wounded After Refugee Shelter Comes Under Gunfire in Germany
"The number of arrivals…remains dynamic, although it has decreased significantly compared with the data of the last quarter of previous year. According to police, average 1,500-3,000 [daily] border crossings were registered in the past few days," Dimroth said at a press conference.

According to the interior ministry, an estimated 10,000 refugees crossed the Austrian border into Germany daily during summer and autumn of 2015.

Bavarian Prime Minister Horst Seehofer said earlier in January that Germany could cope with no more than 200,000 refugee arrivals per year.

Germany is one of the top destinations for thousands of refugees and immigrants coming to Europe.

Germany Can Accept Up to 200,000 Refugees Each Year