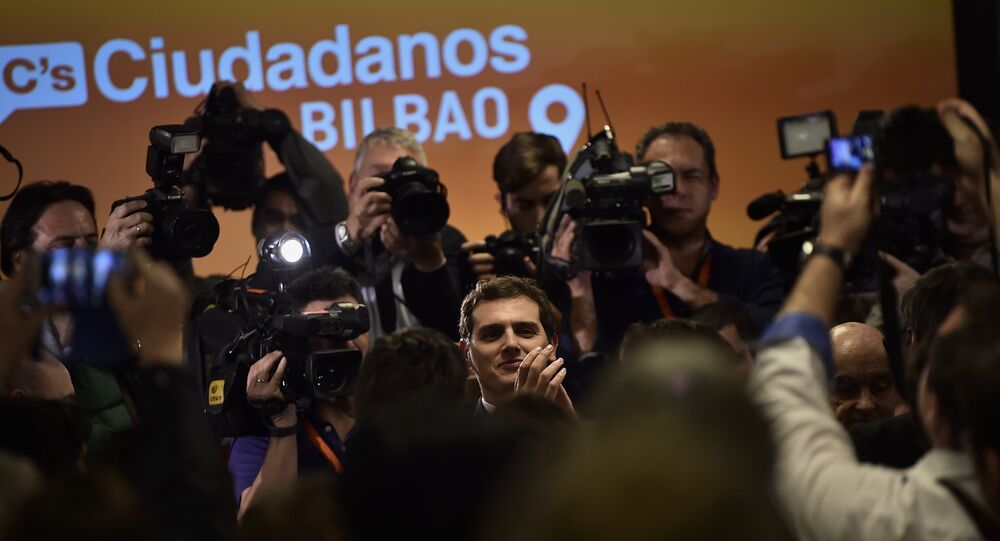 The Spanish Ciudadanos leader will vote against Mariano Rajoy, the candidate from the ruling People’s Party, and against the current government.

MADRID (Sputnik) — The Spanish Ciudadanos party will vote against the candidate from the ruling People’s Party (PP), Mariano Rajoy, for a post of prime minister, the head of the Spanish liberal party, Albert Rivera, said Monday.

"Ciudadanos will be a solid and effective opposition. We won't support this government. We will vote against the government that we don't support, but we are ready to negotiate. We told Rajoy that Ciudadanos would work for the benefit of the Spaniards, and we want to carry out reforms that will help to begin a new stage. Spain has requested that the old policy give way to the new," Rivera said following talks with Rajoy.