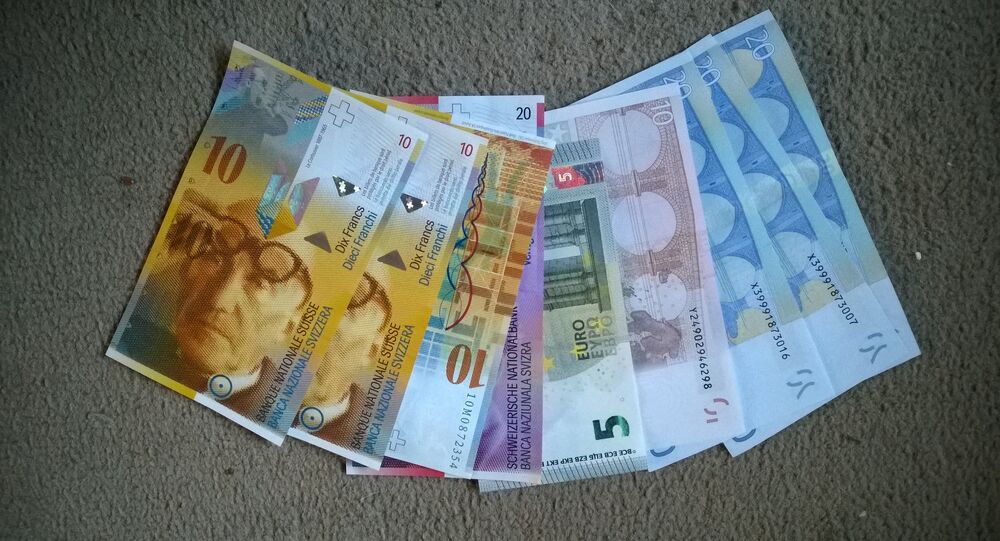 Having uncoupled its Swiss franc from the Euro, Switzerland's Central Bank has no plans to reintroduce a minimum euro exchange rate, the Swiss Finance Minister said on Friday.

© CC BY 2.0 / Justin Vidamo / The Burning of the Sky
Dirty Business: Swiss Oil Traders Caught Exporting Daesh-Extracted Oil
Switzerland has no plans to reintroduce the minimum euro exchange rate that its central bank abandoned at the beginning of the year, in spite of appeals from the Swiss tourism sector.

"The National Bank can always contemplate a minimum exchange rate, but I don't think that it is currently the right time for that," outgoing Swiss Finance Minister Eveline Widmer-Schlumpf told the Bündner Tagblatt in an interview.

"Though it is, and remains the task of the national bank to decide on that," she continued.

​The Swiss National Bank caused panic on currency markets in January when it ditched its minimum exchange rate with the Euro, which since 2011 had maintained a ceiling on the value of the Swiss franc, a maximum of 1.20 for one Euro.

© REUTERS / Marcel Bieri/Pool
Swiss Parliament Elects New President for 2016
The move was greeted with complaints from Switzerland's export industry; more than 50 percent of the country's exports go to Eurozone countries.

The Swiss stock market plunged by more than ten percent immediately after the announcement, and the franc rose by almost 30 percent against the Euro, bankrupting many Forex traders in the process.

However, despite the initial panic, without the euro cap the franc has proved less strong than feared; on Friday, one Euro could buy 1.08 Swiss francs.