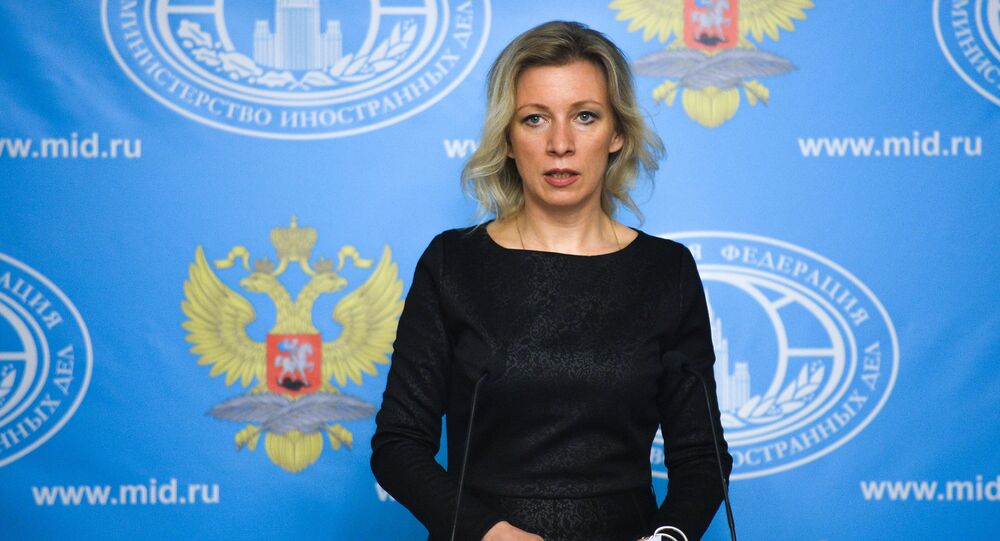 The European Union is pushing Kiev to violate Ukraine's obligations to Russia and as part of the framework of free trade area of the Commonwealth of Independent States (CIS), Russian Foreign Ministry spokeswoman Maria Zakharova said Wednesday.

© REUTERS / Ruben Sprich
Russia to Publicize Details of EU-Ukraine Free Trade Zone Talks – Deputy PM
MOSCOW (Sputnik) — The Deep and Comprehensive Free Trade Area (DCFTA), the economic component of Ukraine’s Association Agreement with the European Union, comes into effect on January 1. On Monday, Moscow, Kiev and Brussels failed to reach agreement during their discussions on the effects of the EU-Ukraine free trade area on the Russian economy.

"Ukraine is being pushed [by the European Union] to violate its bilateral commitments to us, as well as within the framework of the free trade area of CIS, and this situation is being presented to us as 'standard' situation and we are being asked not to react to it by any means," Zakharova said.

Zakharova said that the European Union chose to ignore the implications of Ukraine's implementing the Association Agreement, adding that both Kiev and Brussels did not want to reach an agreement during the trilateral negotiations.

© Sputnik / Sergey Guneev
'Game Over': Putin Accuses EU of Sabotaging Talks on Free Trade With Ukraine
Moscow has repeatedly stated that if Ukraine retained preferential trade rights within the CIS, while simultaneously opening its market to European goods, Russia’s market could be flooded by an uncontrolled flow of European goods via Ukraine.