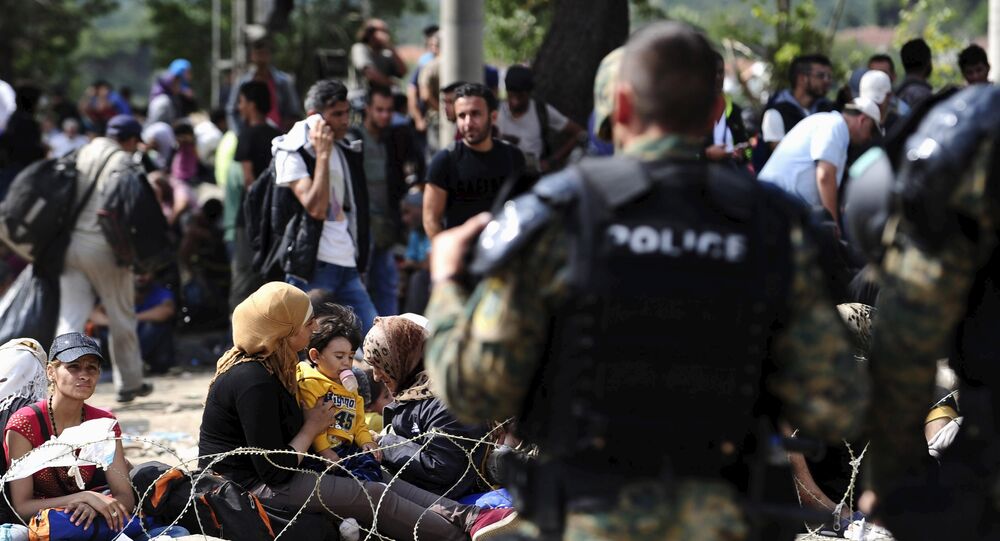 The average negative attitude in the EU toward immigration stands at 59 percent, according to the Eurobarometer.

MOSCOW (Sputnik) – Immigration has consolidated its top position as the main concern for Europeans in November, an EU poll revealed on Wednesday.

"Immigration has consolidated its place as the most important issue facing the EU for Europeans, and has become the first concern at the national level," the Standard Eurobarometer survey (EB84) stated.

Over 100,000 monthly arrivals were registered as the EB84 gathered its data on November 7-17. The European Commission requests and coordinates the survey.

"The fear of terrorism is also still rising, and terrorism is now seen as the second most important issue facing the EU," Eurobarometer indicated.

© Flickr / Peter Miller
UK Immigration Bill to Give 'Unbelievable Control to Human Traffickers'
Slovakia, Latvia, Hungary, the Czech Republic and Estonia expressed the most opposition to migration from outside the bloc at over 80 percent, with EU-wide negative views at 59 percent. Around 90 percent across the EU support additional measures to combat illegal immigration.

Both indicators represented an increase on previous polling data gathered in spring.