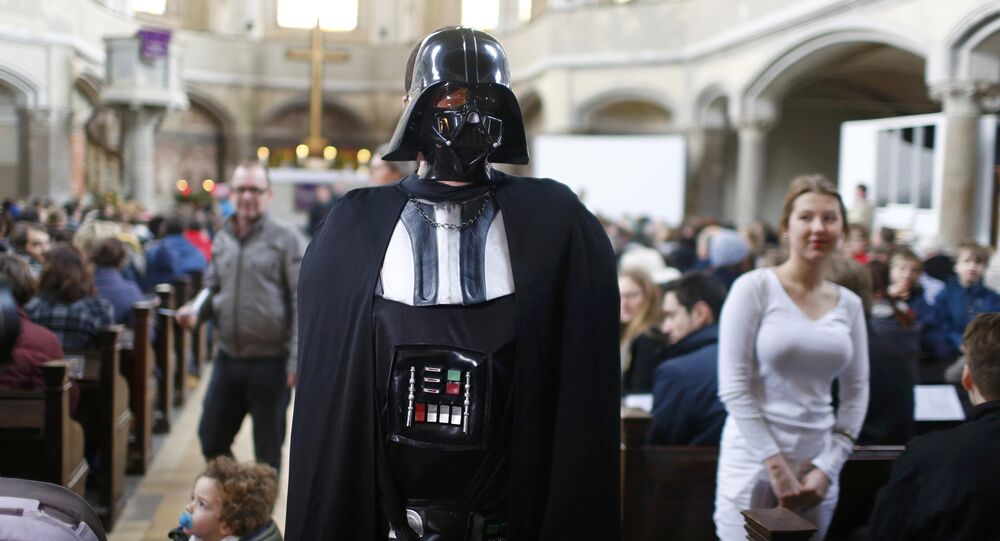 The church held a service "based on the Star Wars saga" during which the priests held "laser" swords, according to local newspaper Berliner Zeitung.

According to the newspaper, the priests drew parallels between the Bible and the story of "Star Wars," noting that they have much in common.

"Star Wars touches upon many religious motifs and revises them," the newspaper quoted a church's priest as saying.

© Photo : Youtube/Alex Luthor
Aragorn and Darth Vader Cross Swords in Epic Battle for the Universe
During the service, the organ played music from the movie, while people were watching the unusual service outfitted in 'Star Wars' costumes.

Priests showed the image of one of the saga's main characters Darth Vader on the screen to demonstrate that it is possible to return from evil to good. According to the story, Vader is originally a good character, but then falls to the dark side and serves the evil Galactic Empire. But at the end, he comes back to the "side of the light" as there is still some good left at him.

The main idea of the worship was to attract more people into the church, the newspaper wrote. Priests even raffled movie tickets for the new premiere.

"Usually, there are about sixty people coming," the priest said. On the 'Star Wars' worship's day, there were about 500 visitors.