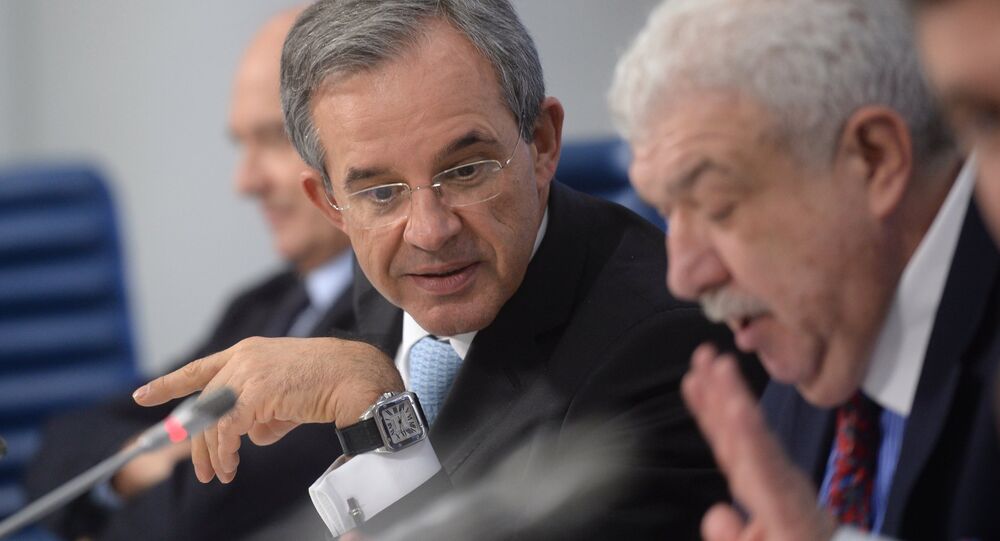 A group of French parliamentarians have traveled to Moscow to push for greater dialogue between France and Russia.

Two of the politicians are representatives of the Union of Democrats and Independents (UDI) political party, and the rest represent France's Republicans party (formerly UMP), led by French presidential candidate Nicolas Sarkozy.

On the politicians' itinerary are meetings with Russian Foreign Minister Sergey Lavrov, Chairman of the State Duma Sergey Naryshkin, and Leonid Sloutsky, chairman of the France-Russia Friendship Group in Russia.

"Twenty parliamentarians of the right in Moscow to 'maintain a dialogue.'" — Le Figaro.

​The visit is the second that French lawmakers have made to Russia this year, after Mariani headed a group of ten Republicans representatives who visited Crimea in July.

On Thursday Mariani told RT France that he hopes the trip will improve relations between the countries, which have been tested by France's decision to join EU sanctions against Russia. The deputy complained about a lack of political consultation when the government took the decision in March 2014.

"There has never been a debate in the French national parliament. Those sanctions were decided in a European context, where we see they are almost automatically renewed," said the deputy, who said he is also campaigning for the right of the French parliament to debate the issue before sanctions are renewed again.

"I am asking for a resolution to finally have for the first time a debate in the French parliament, where French deputies can give their opinion."

French Shipbuilder Left Out of Pocket for Mistrals Unsold to Russia