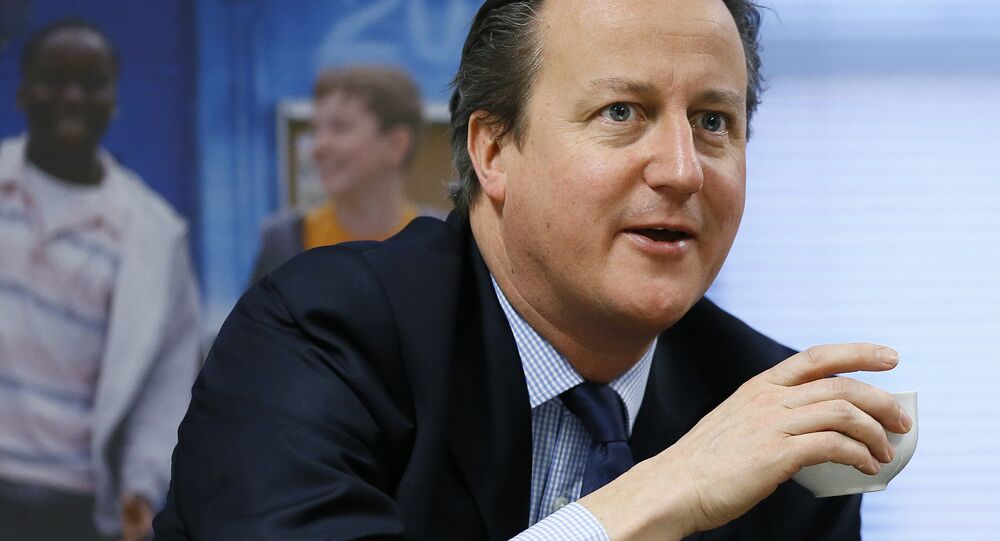 "David Cameron came, saw, and got hammered." That's how one of Britain's leading Euroskeptics saw the UK Prime Minister's address to EU leaders over his migrant benefit proposals, as many member states renewed their opposition to UK reform plans.

Following Cameron's speech to fellow EU leaders on Thursday night, where his proposed migrant benefit reforms were once again knocked back by many within the bloc, Nigel Farage, leader of anti-EU party UKIP, delivered a scathing assessment of Cameron's negotiations.

David Cameron came, saw, and got hammered. How many times can his little plans be rejected?

"All he got as a result was a meaningless two sentences in a communique. He was told to come back in February when I suspect he will probably get a few minor concessions," Farage said.

The criticism comes after Cameron delivered a direct plea to the leaders of the 27 other EU nations, to consider Britain's concerns and come to a deal over migrant benefits.

Clearer now than ever that only way to control our borders, stop giving £55m every day to Brussels & make our own laws is to Leave the EU.

Despite calling for solidarity, Cameron looked increasingly isolated as many leaders renewed their opposition to British proposals, which would restrict in-work benefits to workers from other EU countries for their first four years in the UK.

Lots more hard work ahead — but it's good the EU Council concluded to work for solutions in all four areas of our European renegotiation.

Many leaders lined up to deem the plans unworkable, while in a worrying sign for London, the leaders of Poland, Hungary, Slovakia and the Czech Republic released a statement, saying they would reject any reforms that would lead to the discrimination of their citizens.

"We consider the freedom of movement one of the fundamental values of the European Union, and proposals regarding this area remain the most sensitive issue for us. In this respect, we will not support any solutions that would be discriminatory," some EU leaders said.

European Council President Donald Tusk also sounded a warning over talks, saying that despite will for a deal to be made, there was still a lot of work to be done.

"The consultations I have led with all member states shows goodwill of all the parties involved, but it doesn't change the fact that some parts of the British proposal seem unacceptable," Tusk said.

Despite welcoming rhetoric from German Chancellor Angela Merkel and Belgian Prime Minister Charles Michel, many believe Cameron will be pressured into changing his proposals to a plan that could be applied throughout the whole EU.

One suggestion is that on top of restricting EU migrants' access to benefits for the first four years, the rule would also apply to new British entrants to the workforce, such as school and university leavers.

If Cameron is seen to back down or compromise on his proposals, it will trigger increased calls for a Brexit by Euroskeptics in Britain, who believe the UK should make radical reforms to its membership agreement or leave the bloc altogether.

Matthew Elliott, chief executive of the Vote Leave campaign, said the prime minister's negotiations were "trivial" and nothing more than "spin."

"He claimed he put in 'hard work' for Britain but people will look at this and not believe his spin. We should take back control and spend our money on our priorities like the NHS — that's the safer option," said Elliott.