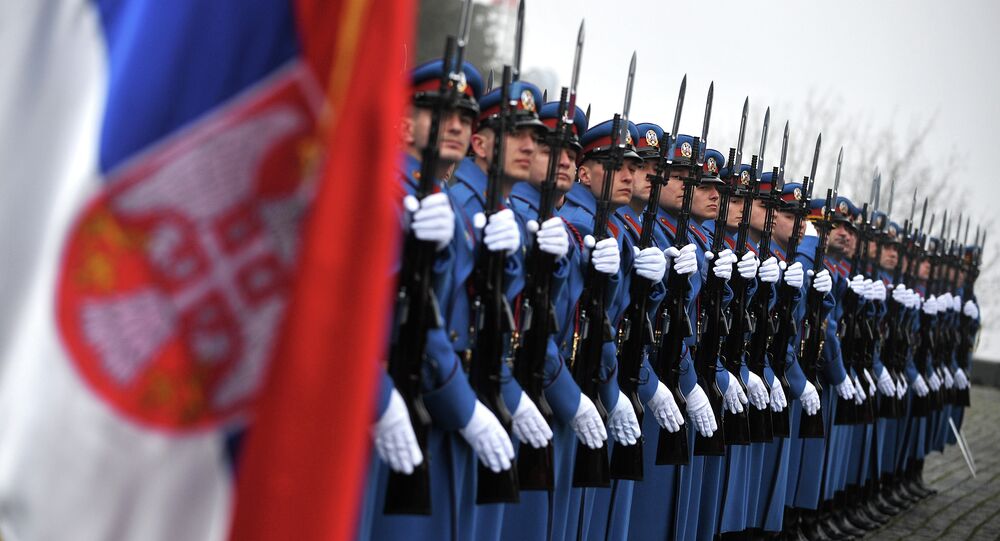 Serbia is not going to join NATO and most Serbs are stalwartly opposed to their country entering the alliance, according to Aleksandra Djurovic, head of the Serbian parliament's Foreign Affairs Committee.

© East News / AP Photo/Darko Vojinovic
Serbia Reaffirms Neutrality Regarding NATO Membership - PM Vucic
Addressing the Russian Duma (the lower house of parliament) on Thursday, Aleksandra Djurovic, head of the Serbian parliament's Foreign Affairs Committee, assured that her country will never enter NATO, given that the overwhelming majority of Serbs are unwilling to see their country join the alliance.

"Serbia sticks to military neutrality and does not want to become a member of NATO", Djurovic said at a meeting of a Russian-Serbian parliamentary panel on cooperation.

She referred to the latest opinion polls, which showed that only 12 percent of Serbs support the idea of their country joining the block.

Djurovic also signaled the Serbian parliament's support for Russian airstrikes on Daesh militants in Syria, but said that her country's legislature will never back "the bombing of a state where the president was legitimately elected."

"We will always be on the Syrian people's side," Djurovic said.

Earlier this year, the country's Prime Minister Aleksandar Vucic said that Serbia has no intention of joining NATO in the near future, adding that the people of Serbia "need to be very cautious" on the issue of NATO membership "because of our past, because of 1999,",in a reference to NATO's bombing campaign in Serbia at the time.

© AFP 2021 / ALEXANDER KLEIN
Serbia Values Alliance With Russia Despite Seeking EU Membership
An estimated 15,000 tons of depleted uranium were dropped on Serbia during the Kosovo War, which claimed the lives of 1,500 people according to a 1999 statement made by then-vice chairman of the US Joint Chiefs of Staff General Joseph Ralston.

Serbia has repeatedly affirmed its policy of military neutrality regarding NATO membership, even though the country remains a participant of NATO’s Partnership for Peace program for bilateral cooperation. In January 2015, Serbia deepened cooperation with NATO through an Individual Partnership Action Plan.