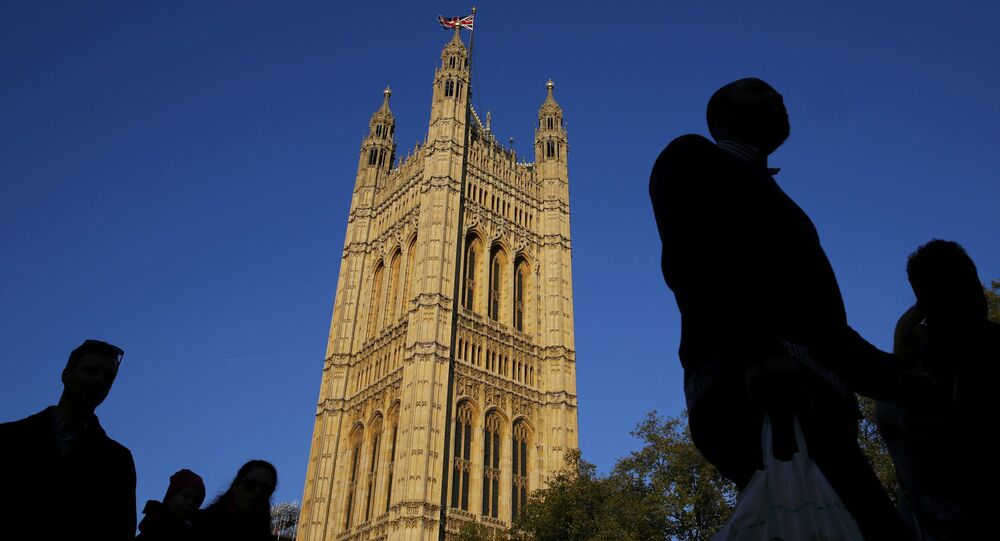 About 29 percent of British residents are in favour of temporarily prohibiting Muslims from entering the United Kingdom, a Sky Data poll showed.

LONDON (Sputnik) – The survey, conducted on December 11-16 and covering over 1,000 people, revealed that the percentage of people in favour of the ban on Muslims is higher among those who voted for the UK Independence Party (UKIP) in May – two in three, or 67 percent, of UKIP supporters are for the temporary ban.

© REUTERS / Neil Hall
Cameron Says Trump’s Muslim Ban Proposal ‘Stupid’
The poll was conducted in the wake of a proposal made by US presidential candidate Donald Trump, the Republican Party frontrunner, on December 7. Trump called for a completer ban of all Muslims entering the United States until a counterterrorism plan had been established.

According to the Sky Data poll, 32 percent of Britons agree that amid the global terrorist threat, coming particularly from the Islamic State (Daesh) group, known as Daesh in Arabic, Trump’s proposal should be "seriously considered" by the UK leadership.

A UK petition to ban Trump from the United Kingdom for his anti-Muslim remarks has gathered over 500,000 signatures.