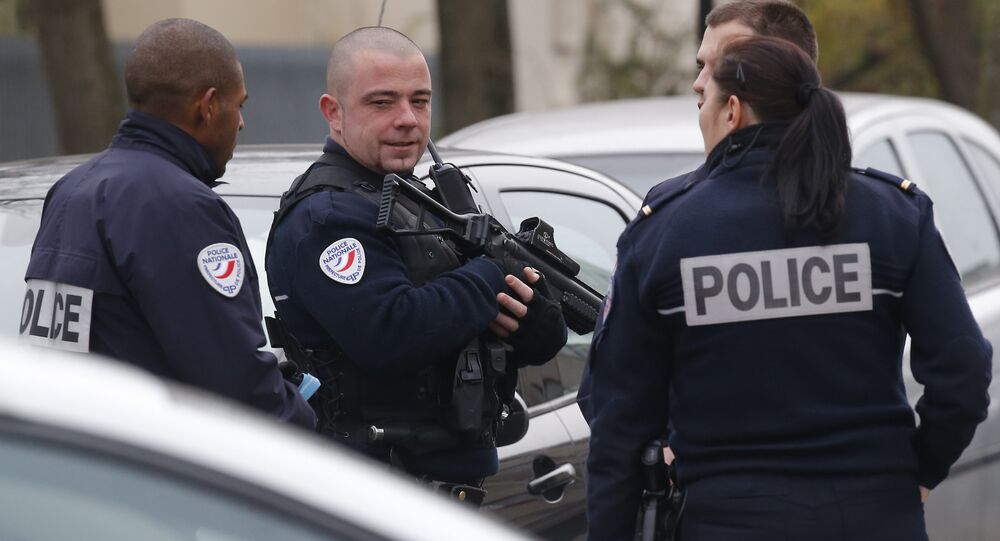 A teacher at a French preschool who said he had been stabbed by a man shouting "Islamic State" has admitted he fabricated the story, prosecutors said on Monday.

Prosecutors said the man lied about being attacked while alone in a classroom in Aubervilliers, a suburb of Paris. In reality, he had wounded himself with a box cutter.

Authorities are now questioning the 45-year-old man as to why he made up the story. An anonymous police official in Aubervilliers told the New York Times that it "was a fake attempt, done so that he could have himself transferred" to another job.

France remains on high alert in the wake of the November 13 terror attacks in Paris that left 130 people dead and wounded hundreds more.

The teacher was treated at a hospital for minor wounds to his side and neck.

The teacher initially claimed that a man had attacked him with a box cutter around 7:10 AM Monday morning and had shouted: "This is for Daesh [Islamic State]. It's a warning." He said the assailant was wearing a balaclava and gloves and that he then fled.

The incident sparked a manhunt for the alleged attacker. The anti-terrorism branch of the Paris prosecutor's office also opened an investigation for attempted murder in relation to a terrorist act, BBC reported.

Education Minister Najat Vallaud-Belkacem visited the scene and vowed to increase security at French schools, while all classes at the Jean-Perrin preschool were cancelled.