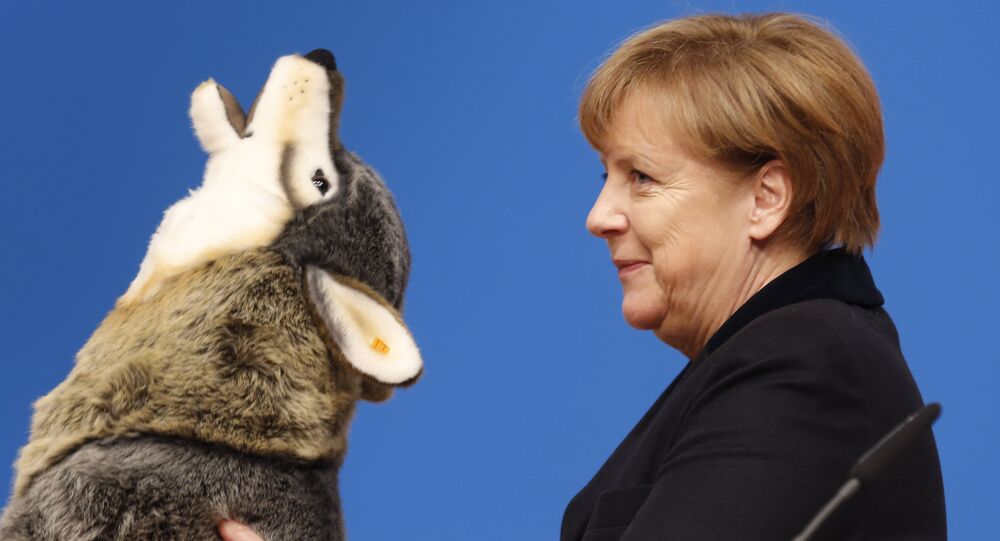 German Chancellor Angela Merkel has said Germany would "drastically decrease" the number of migrants arriving to her country, as she addressed her CDU party's annual conference amid criticism over her open doors policy, which has led to a million refugees entering Germany alone this year.

She had come in for severe criticism at home and around Europe for declaring Germany open to Syrian refugees, which prompted a huge swell in the number of asylum seekers from Syria, Afghanistan, Iraq, Libya, Somalia and other countries.

In Bavaria, the southern state that has struggled to deal with the tide of refugees flooding across the border from Austria and the Czech Republic, the leader of her coalition partner CSU party, Horst Seehofer had called for more effective border controls and for Merkel to declare a cap in the number of refugees Germany would allow.

Although she did not use the phrase "upper limit" Merkel said she would "take on board the concerns people have, but we also want to come up with good responses to the challenges that cause these concerns… and that's our aim.

Merkel has come in for criticism for wanting to set up transit zones on Germany's borders, where asylum seekers would be kept until they had been processed, whilst genuine refugees fleeing warzones — mainly Syrians — would be accepted, but economic migrants and others sent back to where they came from.

Her policy was opposed by her coalition partner the Social Democratic Party of Germany (SPD), led by Sigmar Gabriel, who said the transit camps would be like detention centers. Merkel was forced to back down over transit camps and agreed to set up refugee centers to speed up the processing of asylum seekers entering the country and the deportation of those refused refuge.

Merkel — who still faces a huge battle with her European counterparts — to relocate hundreds of thousands of refugees all over Europe — said Germany had a history of helping refugees and owed it to them to do its utmost to give them a home in Europe.

"Just imagine, ten years down the line — 2025 — if someone looks back at recent months, from August 31 until today and they realize we gave ourselves four months to tackle this enormous job. If we gave up before we started, how will they judge us in the future? They will just say 'they didn't believe in their own strength. They didn't pull out all the stops to find a solution'. Come on. It's worth fighting for a united European approach," Merkel said.

Does Merkel Want to Create 'United States of Europe'?