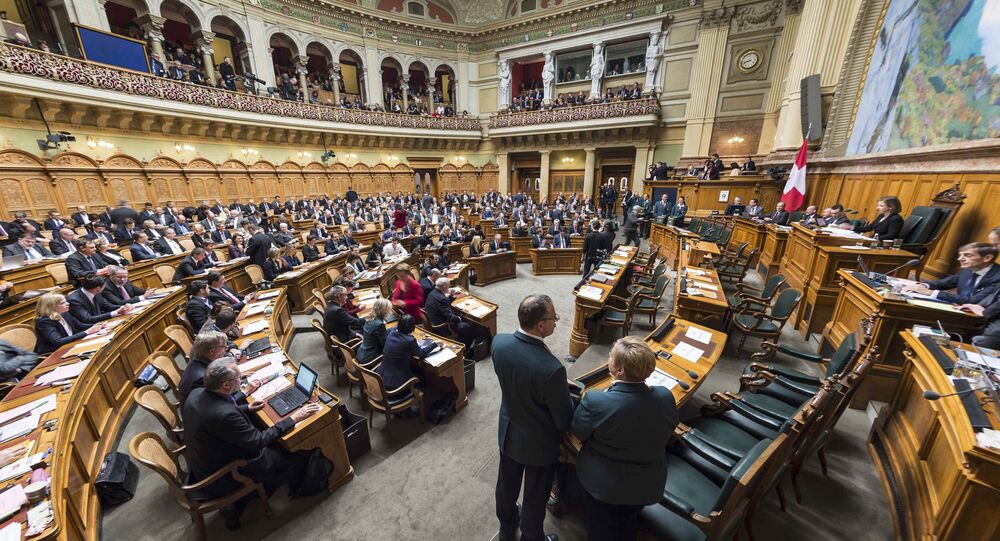 Johann Schneider-Ammann, from the center-right Free Democratic Party (FDP), was elected as the president of Switzerland.

MOSCOW (Sputnik) — The Swiss Parliament has elected the country's president and vice-president for the coming year, the parliament's press service said Wednesday.

The Swiss president is elected by the national parliament from among the seven-member Federal Council for one year.

© AP Photo / Virginia Mayo
Switzerland Outlines Plan to Limit Immigration From... EU
Johann Schneider-Ammann, from the center-right Free Democratic Party (FDP), has been chosen to be the country's president, while Doris Leuthard from the Christian Democratic People's Party will become the vice-president, the parliament's press service announced through a post on its Twitter account.

Earlier in the day, the parliament elected Guy Parmelin from the anti-immigration Swiss People's Party (SVP) to become the next finance minister, replacing Eveline Widmer-Schlumpf from the Conservative Democratic Party.

The incumbent Swiss parliament was elected on October 18. The SVP won the election with about 30 percent of the vote, while Schneider-Ammann's FDP finished third, with the support of some 16 percent of the electorate.