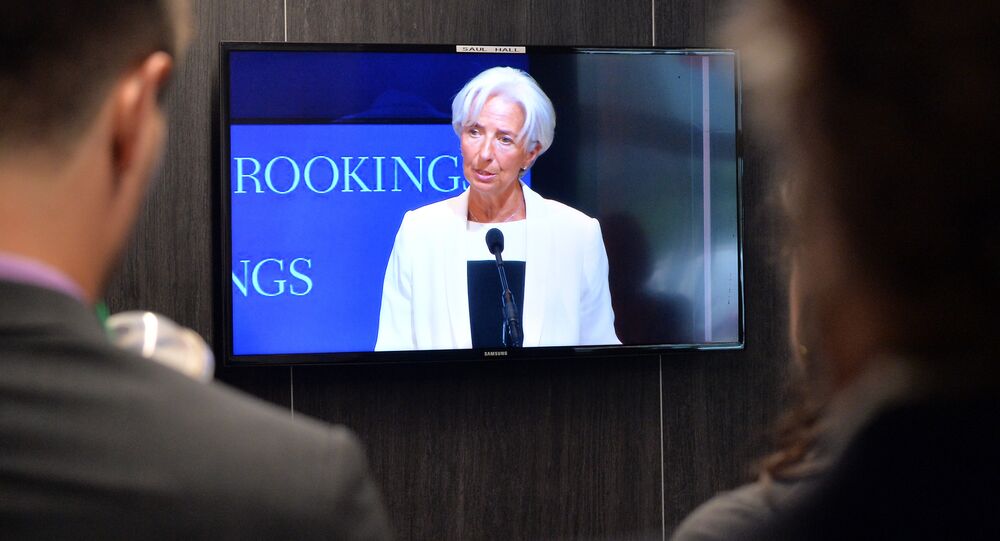 The Greek Government is facing its latest crisis over its third bailout package after State Minister Nikos Pappas called for the International Monetary Fund (IMF) to exit from the bailout process.

© REUTERS / Kim Kyung-Hoon
IMF Warns of EU 'Nightmare Scenario' as Skeptics Push Away From Brussels
The position of the IMF is complicated. It remains one of the so-called troika of Greece's creditors, alongside the European Central Bank and the European Commission. However, it is not funding any part of the third bailout.

Athens, on the other hand, still owes around US$22 billion to the IMF from its previous bailout. Sources in Athens suggest the Greek Government wants to split the troika, so that it leaves the third bailout as a purely European program.

At the center of the argument is the IMF's insistence on a harsh austerity package that Greek Prime Minister Alexis Tsipras if trying hard to curb.

"We never asked for the participation of the IMF in the bailout program," Pappas told an Italian news agency.

Tsipras told public broadcaster ERT that the IMF was not playing a constructive role in Greece's bailout and should make up its mind whether it wants to stay in the program. He said the Washington-based organization was making demands on a European country that were too hard for it to bear.

The IMF wants major reforms to the Greek pension and tax system that Tsipras argues is culturally and socially extremely hard to introduce in such a short time scale. He believes his European partners will be far more sympathetic to the Greek people and opt for a longer-term solution.

"The Fund must decide if it wants to compromise, if it will stay in the program. If it does not want that compromise, it should say so publicly," Tsipras said.

© Flickr / Maureen Barlin
Six Months On, Greece to Ease Capital Control Restrictions
Greece defaulted on a repayment to the IMF in the summer and was only able to get its payments back on track after the third bailout deal was agreed.

Gerry Rice, Director of the Communications Department at the International Monetary Fund said the IMF would review its position on Greece in the new year. "The policy discussions are ongoing. I can tell you including through an upcoming mission next week focusing on a second set of milestones and that then will be followed by the first review mission which is planned for January at which point the fund could come on board.

"On the basis of these discussions we will finalize our overall assessment and the debt sustainability analysis," he said.