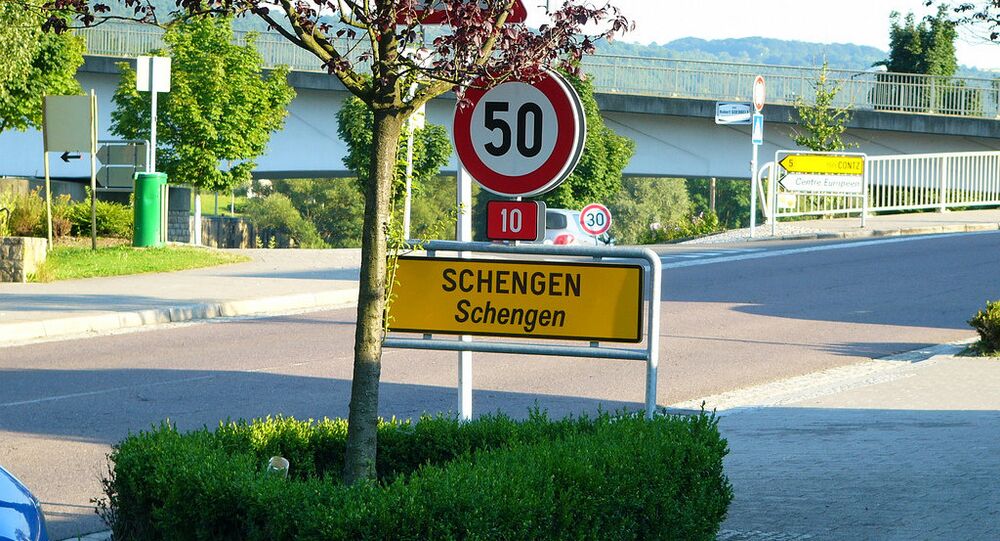 Bart De Wever, the president of Belgium's New Flemish Alliance party and the mayor of Antwerp, said that today the ‘mini-Schengen’ is Schengen without Greece.

BRUSSELS (Sputnik) — Greece should be excluded from the borderless Schengen Area because it is failing to deal with the influx of refugee, many of whom manage to travel on to other EU member states, the president of Belgium's New Flemish Alliance party and the mayor of Antwerp, Bart De Wever, said.

In November, Eurogroup President Jeroen Dijsselbloem warned that several EU countries, such as Sweden, Austria, and the Netherlands, could form a "mini-Schengen" area in an attempt to protect their borders if the bloc failed to resolve the migrant crisis.

© Flickr / Oona Raisanen
Visegrad Countries' Prime Ministers Reject 'Mini-Schengen' Idea
"I think that today the ‘mini-Schengen’ is Schengen without Greece. If [the Greeks] do not fulfill the European requirements, then we should venture to take the decision," De Wever told the Belgian television channel Canvas on Monday night.

Europe is currently struggling to cope with a huge influx of refugees fleeing conflict-torn countries in the Middle East and North Africa in search of safety and refuge in Europe. Over 850,000 migrants have arrived in the bloc in 2015, according to the International Organization for Migration.

Greece has become one of the major transit countries for refugees attempting to reach wealthier EU states, with over 700,000 arrivals registered in the country in 2015, according to the UN Refugee Agency. On December 3, Greece asked the EU border agency Frontex for guards and equipment to assist in tackling the flow of migrants into Greece.