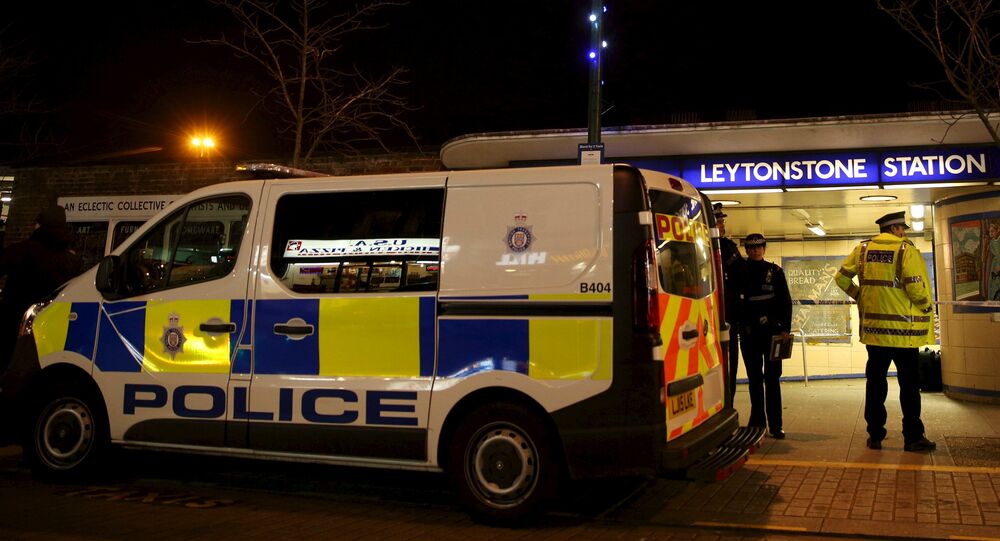 The British Transport Police (BTP) introduce a strengthened regime of patrolling in London Underground and at the railway stations after a man holding a machete attacked passengers in the UK capital’s east, Assistant Chief Constable Mark Newton said Sunday.

LONDON (Sputnik) – "Following the incident last night, we are now deploying still more officers in this role. They involve both uniformed and plain-clothed officers, supported by other resources, such as armed officers, police dogs, a network of CCTV cameras, and the thousands of rail staff we work alongside," Newton said in a statement on the BTP website.

© REUTERS / Neil Hall
Three People Reported Injured in London Metro 'Terrorist Incident'
The attacker, believed to be 29, shouted "This is for Syria" at Leytonstone underground station before rushing to by-passers with a machete on Saturday.

The suspect, who injured at least 3 people in the stabbing attack, was later arrested by police.

Police are still investigating whether the incident was "an Islamist attack."

On High Alert: Paris Attackers Believed to Have Ties to UK Cells