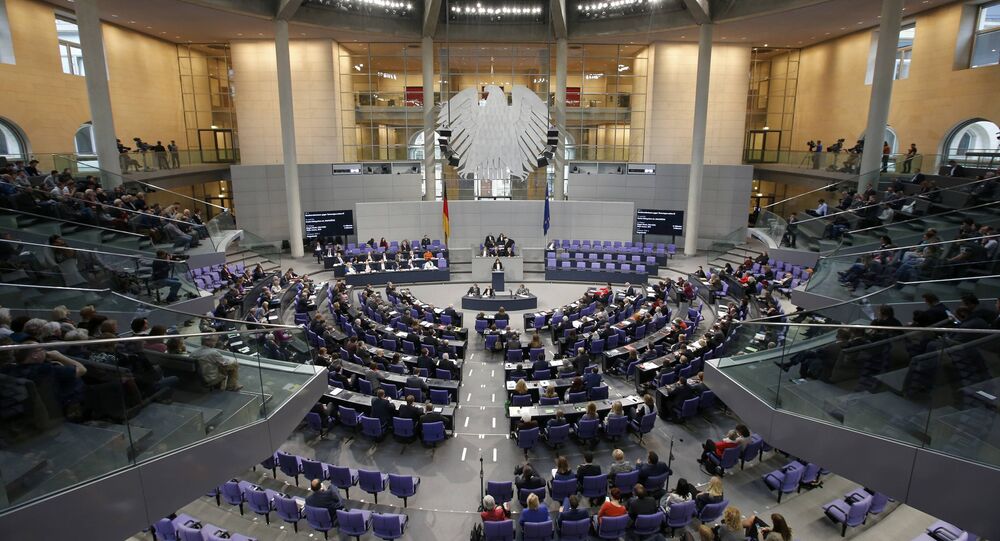 It's a matter of responsibility for the European Union to take action Daesh terrorist organization, according to the head of the German Parliament's Foreign Policy Committee.

BERLIN (Sputnik) — The chairman of the International Committee of Bundestag, Norbert Roettgen, on Friday called on the European Union to take decisive action against Daesh (the Islamic State) extremists in the Middle East, saying that German anti-terrorist military action in Syria would be legitimate.

"We, Europeans, finally take the political responsibility for this region. There was enough of inaction, now our responsibility is actions," Roettgen said, speaking at the Bundestag.

Bundestag, the lower house of the German parliament, approved Friday deployment of up to 1,200 German troops to join the anti-Daesh campaign in Syria. The decision now needs to be approved by the parliament's upper house, Bundesrat, consisting of representatives of the 16 federal regions of Germany.

"It is legitimate and legal to defend ourselves against [Daesh attacks]. I believe that we are acting in defense of Germany in accordance with Article 24," Roettgen said.

According to Article 24 of the German Constitution, the country has the right to create a collective security apparatus.

German involvement in Syria is expected to be limited to support and reconnaissance.

As a member of a US-led coalition against Daesh, Germany has to date only provided logistical and technical assistance to the 60-country alliance, refraining from overtly offensive military participation.