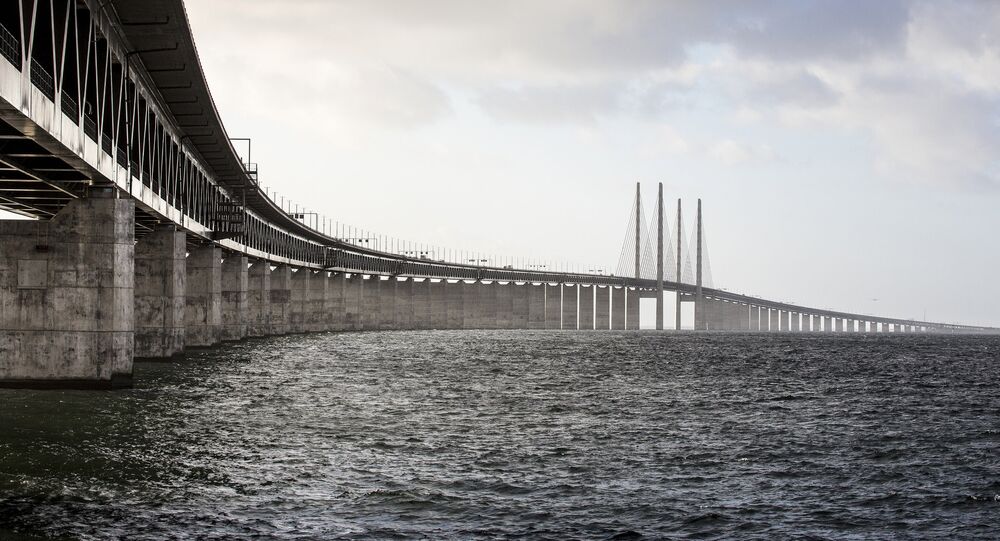 Swedish authorities are considering the possibility of closing the Oresund bridge linking Sweden and Denmark to reduce an influx of asylum seekers, local media reported Thursday.

MOSCOW (Sputnik) — According to the newspaper, the proposal also envisages checking identification documents on public transport and the possibility of closing roads and other bridges.

"A temporary closure of the [Oresund] bridge can provide an additional measure to reduce the risk to public order or internal security affected as a result of the large influx of asylum seekers," a draft proposal of the Swedish government said, as cited by Swedish Dagens Industri (DI) newspaper.

The European Union is currently struggling to manage a massive refugee crisis, with hundreds of thousands of people fleeing conflict-torn countries in the Middle East and North Africa with the hope of arriving in a stable and wealthy country, such as Germany and Sweden.

Sweden has accepted over 140,000 refugees since the beginning of 2015 but the number of migrants in the country is likely to reach 190,000 by the end of the year, according to the country’s migration service.

In November, the Swedish Migration Agency reported that it was not able to provide shelter to all the migrants, applying for asylum, however, it would continue to work on creating more places in accommodation centers.