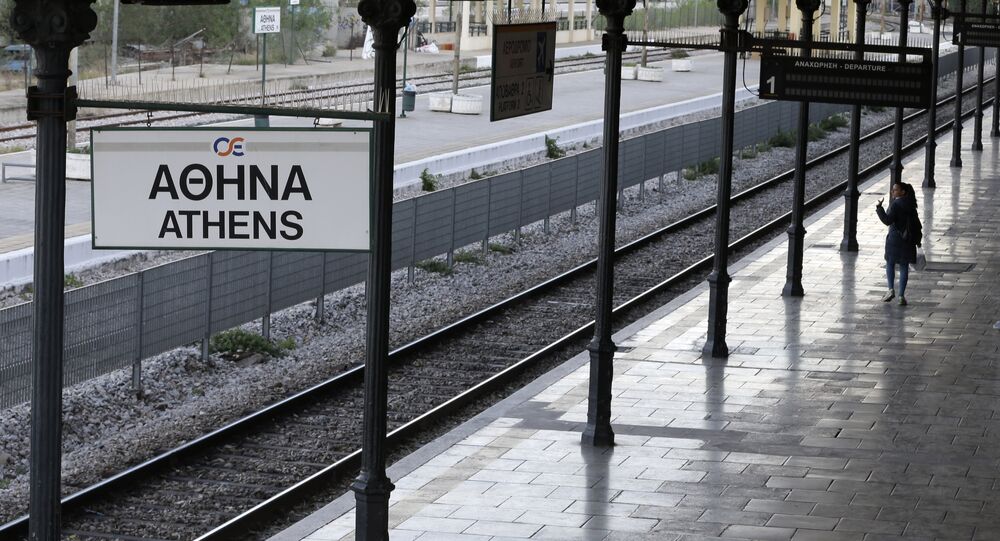 Through small and large labor struggles on a daily basis, the questions of an alternative way for Greece and Europe can be kept open, according to the official statement of Greek ruling party Syriza.

© AP Photo
Tsipras in Trouble as Greek Parliament Narrowly Passes Bailout Vote
MOSCOW  (Sputnik) — Greece is gearing up for a general strike on December 4, as the Syriza ruling party has called on the population to resist the government's austerity program, the party said in a statement Thursday.

"The people's struggle, social movement and workers' demands are the decisive factor for real democracy, for overturning the bitter legacy left by years of neoliberal policies. Through small and large labor struggles on a daily basis, the questions of an alternative way for Greece and Europe can be kept open. Hope can be retained. Extortion by employers and neoliberal political and economic centers in Greece and abroad can be repelled," the statement said.

© AP Photo / Yorgos Karahalis
Greek Police Use Tear Gas Against Farmers Protesting in Athens
Greece's first general strike since November 12 will be held in protest of austerity measures demanded by the country's international lenders in return for an 86-billion-euro ($91 billion) bailout needed to keep Greece from running out of cash.

"It is very important today that workers demand recapitalization of pension funds… It is necessary to maintain social security…by means of raising employer contributions," Syriza said.

Syriza's government of Alexis Tsipras came to power in January and was reelected in September, running on an anti-austerity program. Despite its promises, the party agreed to a third bailout package in July. The International Monetary Fund and eurozone ministers secured the Greek government's agreement to reform labor markets, privatize state assets and recapitalize banks.

Another Gov't Capitulation to EU Creditors Leaves Greeks in Anger

Greek Police Use Tear Gas Against Farmers Protesting in Athens