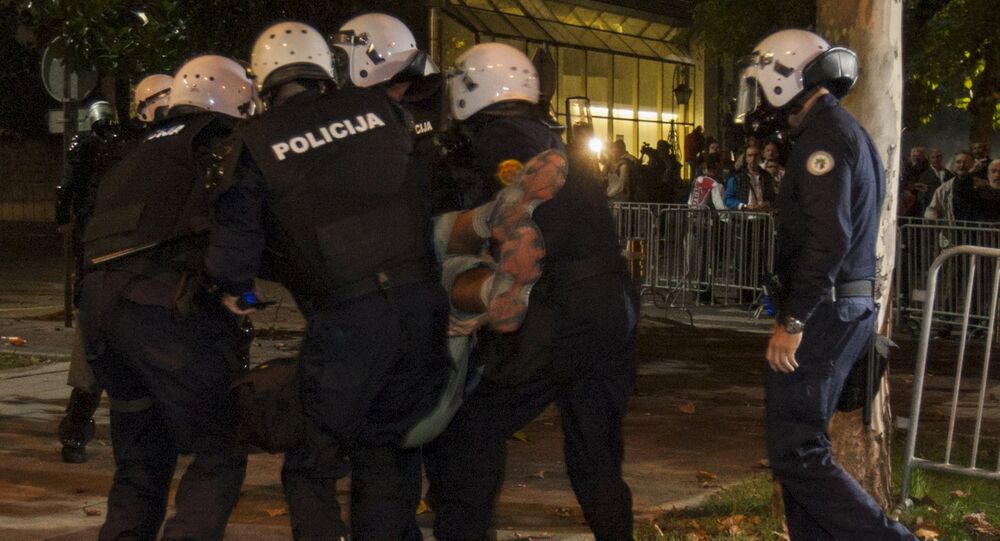 Leader of the opposition Democratic Front coalition said that NATO’s official invitation for Montenegro to join the alliance is not backed by the people of the country.

© AP Photo / Risto Bozovic
NATO Membership at Odds With ‘Real' Interests of Montenegrins
MOSCOW (Sputnik) – NATO’s official invitation for Montenegro to join the alliance is not backed by the people of the country, most of whom are against the accession, according to social polls, a leader of the opposition Democratic Front coalition told Sputnik on Wednesday.

“It cannot be said that the official invitation by NATO is favorably accepted by the people of Montenegro because if you judge by social polls or just talking with the people, the majority is against membership in this alliance,” Andrija Mandic, the leader of the New Serbian Democracy party, said, adding that “NATO just wants Montenegro to join so it can control the country.”

Mandic said that the current political regime in Podgorica would like to avoid holding a referendum on the country’s joining the alliance because if a referendum were to be held, the majority of Montenegrins would vote it down.

He added that Montenegro should remain neutral and not join an alliance that is against Russia.

“”We would become a member of an attacking bloc that is first and foremost directed at Russia,” he added.

NATO Membership at Odds With ‘Real' Interests of Montenegrins