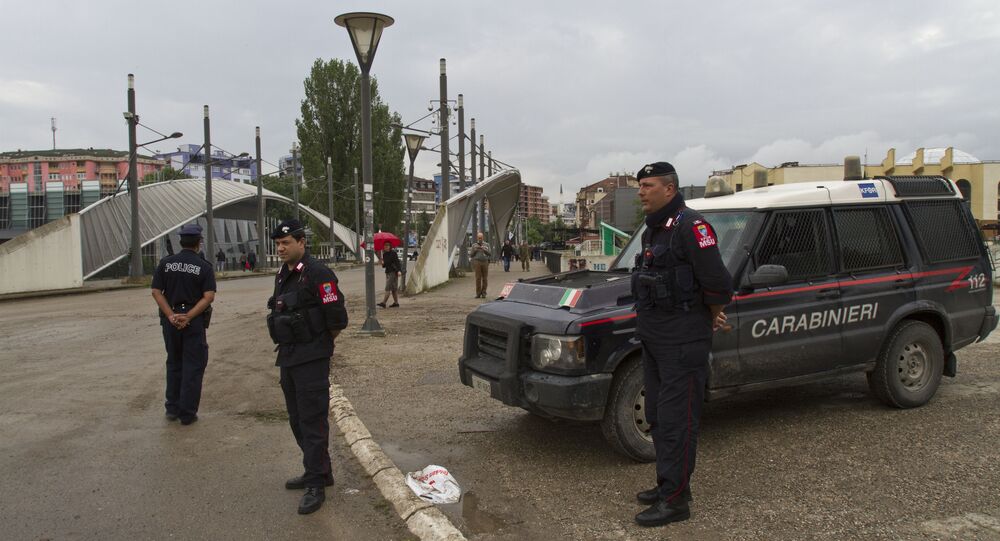 Italian police are conducting a large-scale counter-terrorist operation with the help of Kosovan law enforcement, which has so far resulted in four arrests, Italian media reported Tuesday.

Three suspects were arrested in the Apennines, while a fourth, the alleged leader, was arrested in Kosovo by local security forces.

Kosovo has seen a number of incidents involving Islamic extremists. Fifteen imams were arrested in 2012 on charges of recruiting militants for the al-Qaeda affiliate Nusra Front operating in Syria. In November 2014, 40 people were arrested in Kosovo on suspicion of having fought for extremist groups in Syria. Over 200 Kosovans have joined Daesh, according to the Kosovar Center for Security Studies.

West's Folly Led to ISIL's Creation, Idea That Terror Could Be Contained