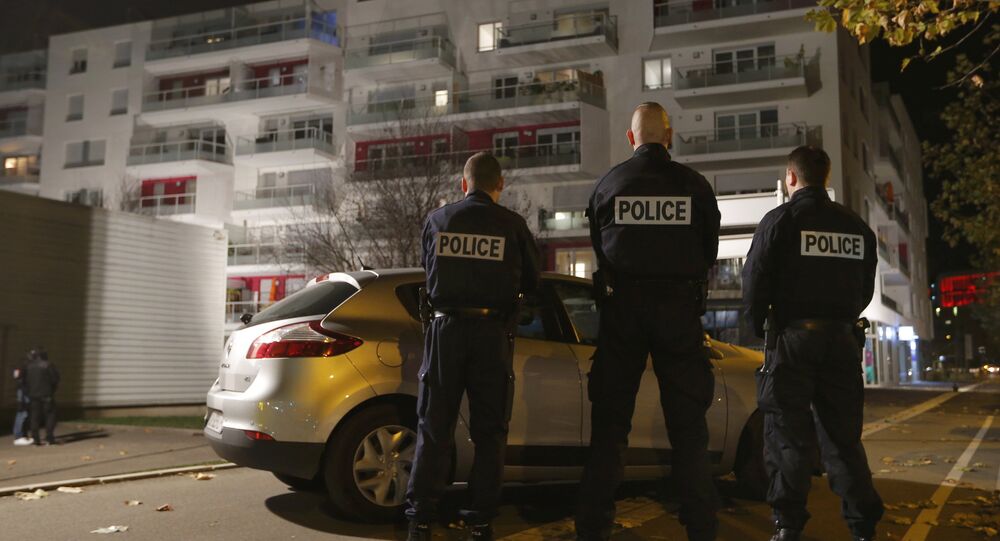 © AFP 2020 / BERTRAND GUAY
France to Take Only Democratic Measures in Anti-Terrorist Fight
PARIS (Sputnik) – Over 2,000 searches have been carried out in France since the introduction of a state of emergency following the Paris attacks earlier in November, the French prime minister said Tuesday.

"Over 2,000 searches have been carried out in France since the introduction of the state of emergency… It allowed us to seize 320 weapons. Judicial proceedings on 250 cases have been opened, 210 people have been detained," Manuel Valls said on Europe 1 radio station.

Valls did not confirm media reports that Salah Abdeslam, suspected of involvement in Paris terrorist attacks, had fled to Syria.

On November 13, a series of coordinated attacks at several locations in the French capital killed at least 130 people and injured over 360. The Daesh (ISIL or Islamic State) extremist group claimed responsibility for the attacks. Russia has outlawed Daesh on its territory, classifying it a terrorist organization.

"This possibility [of extending the state of emergency] cannot be ruled out in light of the threat. We should act with great responsibility. We are carrying out a constitutional reform that will afford us to take measures to improve our efficiency in the long run," Valls told France's radio broadcaster Europe 1.

The French parliament passed a law that expanded the government’s emergency powers following the tragic events. It allowed for a three-month extension of the original 12-day state of emergency declared by President Francois Hollande following the attacks.